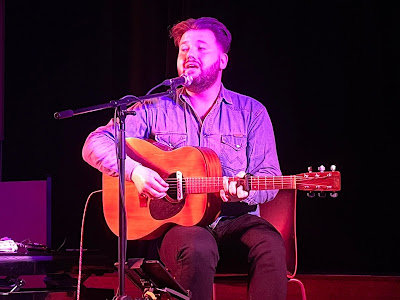 One of Manchester's most-loved yet underappreciated songwriters made his comeback with two intimate shows at Halle St Michael's on Friday and Saturday night, reminding us of the brilliance of his back catalogue of three albums whilst tantalising us with new material which he promises will be released "soon". Support came from Ederlezi on Friday and Demi Marriner on Saturday. 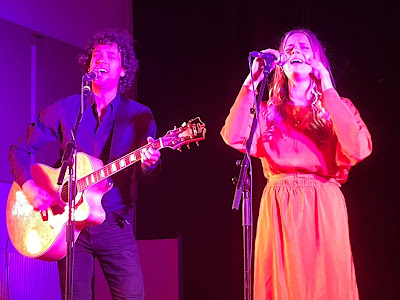 Half of Ederlezi, named after their boat, is familiar to us. Hannah Nicholson is a singer with a special voice, first within Bird To Beast and then as a solo artist. Partnered up with David, the songs that make up their Ederlezi project, named after their boat, were written in lockdown including single Run Run Run, one of six originals that are accompanied by a cover of Tim Hardin's Misty Roses. The songs are rich in melody and David and Hannah's vocals, either when they're singing or harmonising together or Hannah takes the lead, complement each other perfectly. Troubled Mind is a particular highlight alongside final song Children, but the whole set was well received by the appreciative audience drawn in by the quality of the songwriting and the simple yet emotional delivery.
Saturday's support Demi Marriner is a joy to watch. Her songs, like her attire, hint at country roots, but across six songs she demonstrates a real ability to craft songs that connect with an audience that touch on range of human emotions from the uncertainty of relationships (Distorted Desires and That Could Be Us) to the wonder of a new birth (Little Boy). She's a little nervous which, like we all do when in that position, means she talks a lot, but it gives an insight into the songs and allows us to tell us that she's going to be finally releasing her debut album this year and Sins, that album's opening track is a real delight. The best of all though is a brand new song called That Could Be Us that she's concerned she might mess up. If she did, no one noticed. 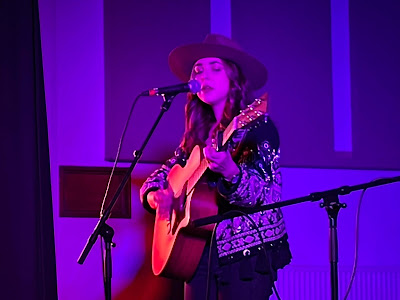 Liam's on good form both nights. He explains early on Friday that he's decided to return to performing after the success of the listening parties he did with Tim Burgess for his three albums to date. The sets take liberally from each of the three records rather than focus on his debut Show Me How The Spectres Dance, his best-known and most-loved work, as well as new songs (In Chrysalis, which was released under a Fountainhead pseudonym, Edge Of 21 and You Held My Love With You) from an as yet unspecified new body of work and an unreleased track Stick In The Spokes that was written in the sessions for his second album We Ain't Got No Money Honey, But We Got Rain. With so many important and life-affirming songs at his disposal, he plays a very different set on the second night to the first without either audience feeling like they've been shortchanged.
He's as self deprecating as ever, joking on Friday that he caught his profile earlier and it resembled Kim Jong-Un before adding that it wasn't actually the worst dictator to look like right now before adding that he did his Boris Johnson phase back in 2006 to huge laughter from the crowd. Whilst on the Saturday he starts by telling us he's eaten too much at nearby Elnecot before engaging in a conversation with a drunken audience member about his shoes. He takes the piss out of the way he's sat, telling us while he's delivering an emotionally wraught song like Try Try Try, he's worried whether we can see whether his flies are open as he did a gig once without realising. 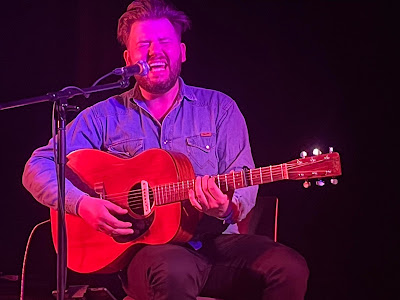 There's also a humility, a sense of wonder that people still want to come and see him play and have sold out two nights, but there's something magical about him armed with just a guitar and his ability to delve into his deepest rawest emotions and express them in a way that many of us who've gone through similar situations could only hope to. Stripped down and revelatory, the silence between each strum of the guitar and the words, it's music as a communal exorcism of ghosts and bad memories and experiences. Other than the clattering of cans opening and being put on the floor and the occasional singalong there's almost silence other than his guitar and voice and occasional harmonica.
The new material is of particular interest. While with many artists it's dismissed with a desire for the old, a queue for the toilets or the bar, the silence for In Chrysalis, Edge Of 21 and You Held My Love With You is even more reverential and with good reason. The songs stand up against anything he's done before - the writer may be older, but he still has the ability to craft songs that capture perfectly human emotions and feelings that many struggle to express. His audience respond to that, there's no shouting for old favourites and the likes of Pomona, Smoke, Follow You Around and the heartwrenching Lover Trouble Knows My Name that finishes both nights from his last album, 2019's Latchkey Kid, are greeted and responded to in a manner that confirms that there's a hardcore fan base that have still got Liam's back. 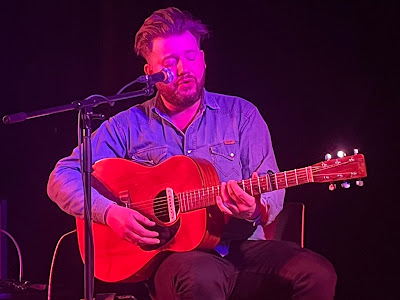 When the audience, between-song heckles apart, find their voice, on The City Is At Standstill and a glorious The Mourner's Of St Paul's, still as affecting as ever and still in our opinion one of the greatest songs ever written, it feels like two hundred people have become one, that magical moment where music transcends age, gender, state of mind and everything else to bring us together. It's almost two years to the day since Liam played what was meant to be his final show round the corner at the venue's bigger sister Halle St Peter's. Thankfully he's changed his mind because there's still plenty more to come and the older songs are too important to be consigned to our record shelves and playlists.
Friday setlist - Younger Boys Older Girls, In Chrysalis, Hall Of Mirrors Rope Of Sand, Try Try Try, Smoke, Held Tightly In Your Fist, Edge Of 21, Stick In The Spokes, Pomona, Sleep, Skylark Avenue, The City Is At Standstill, Follow You Around, When I'm Alone, Slow Knife, You Held My Love With You, The Mourners Of St Paul's and Lover Trouble Knows My Name.
Saturday setlist - Going Steady, Who's Gonna Love You?, When I'm Alone, In Chrysalis, Shall We Dance, Try Try Try, Smoke, Edge Of 21, The City Is At Standstill, Follow You Around, The Snow Knife, If Tonight We Could Only Sleep, Roadsigns And Red Lights, You Held My Love With You, , Pomona, The Mourners Of St Paul's and Lover Trouble Knows My Name.
Liam Frost can be found on Facebook, Soundcloud, Youtube and Twitter. His website can be found here.
Ederlezi are on Facebook and Twitter.
Demi Marriner is on Facebook and Twitter.
________________________________
Follow Even The Stars on Twitter at @eventhestarsuk and like our Facebook page for all the latest updates
Even The Stars at 19:49
Share