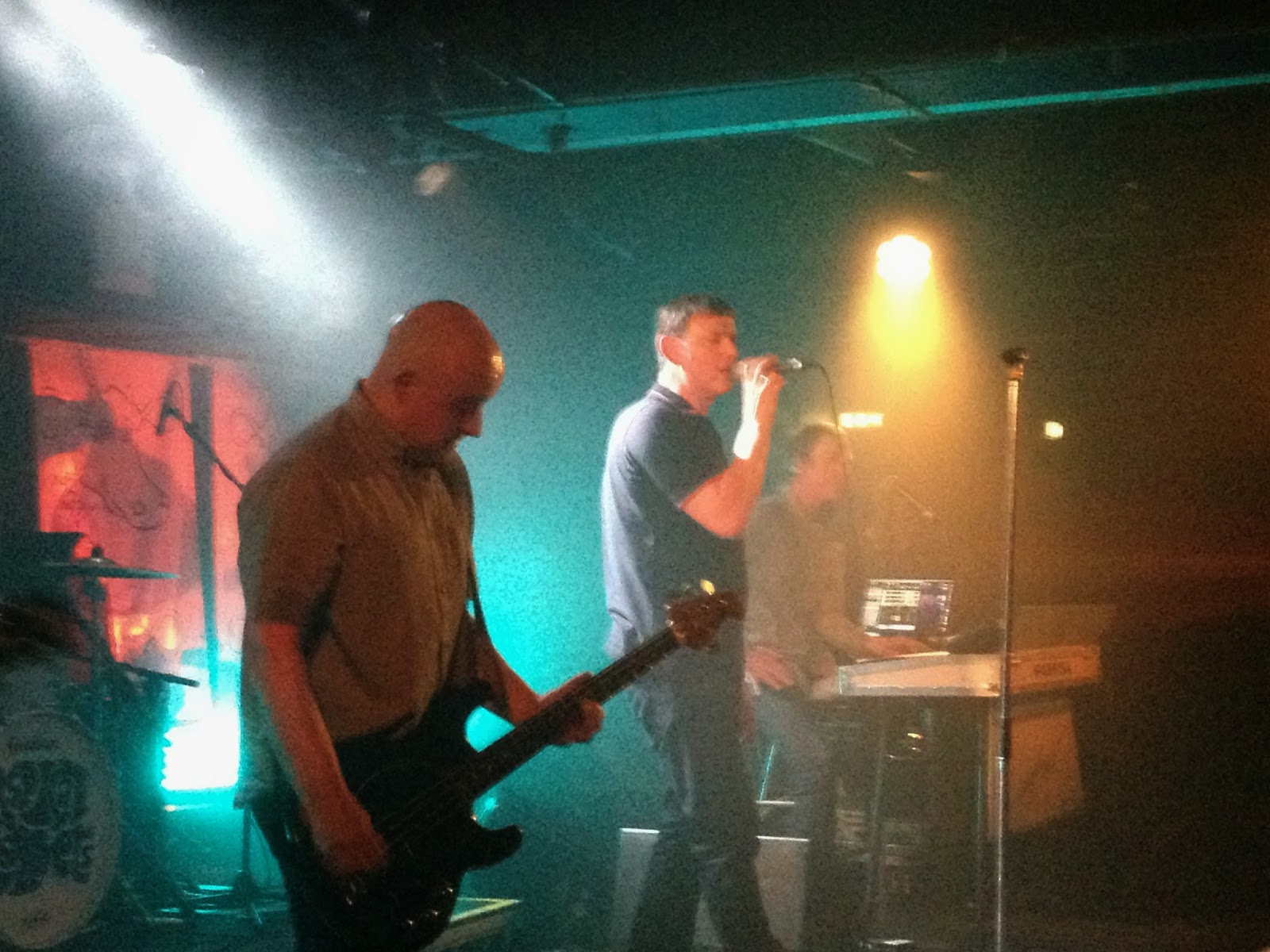 It’s rather fitting to review the last gig of the first phase of the Inspirals’ comeback having reviewed the opening UK night in Sheffield back in March.   Tonight’s show is rescheduled from March, when Clint’s daughter, Luna Bliss, was born three months premature in the middle of their UK tour and sadly passed away earlier this month.


This gig has been added to the end of the recent support slot for Happy Mondays.  Having seen two of the London shows, the contrast between the two bands could not have been more stark.   The Inspirals are as good as they’ve ever been – there’s a hunger in them to prove themselves all over again, whilst it felt like the Mondays were on a final tour, securing their pensions.  Of course, forty-five minutes was never going to do the Inspirals justice so it’s a relief to get them back in front of their own crowd for their last show before the summer festival season. 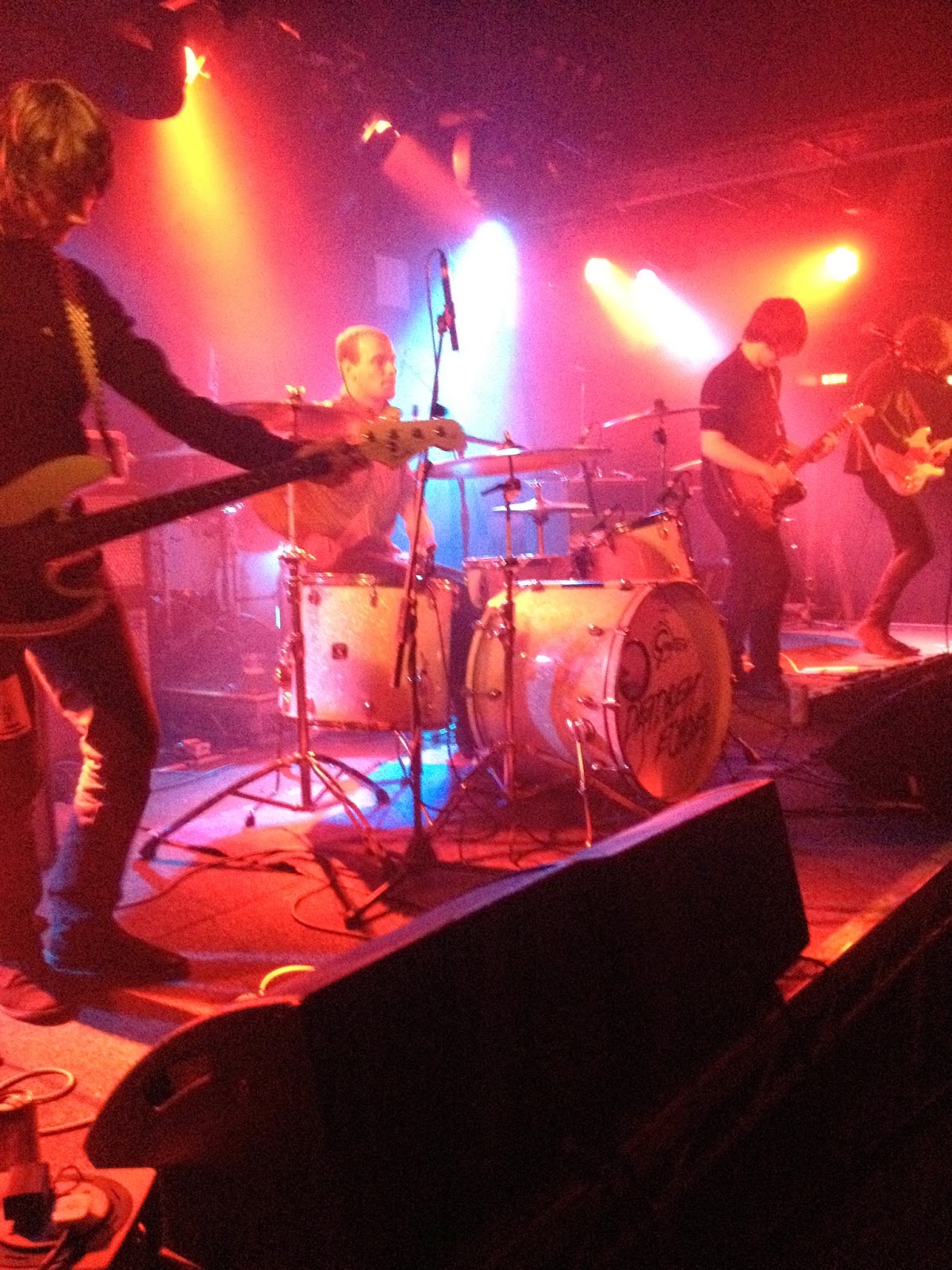 Deadbeat Echoes, who recently released their debut single Surge Of Youth on our very own Louder Than War label, open the set and impress again.  Their songs are short and to the point, there’s nothing flash about them, just full on, heads down rock.  It’s refreshing to see a band to trust in the quality of their music without needing to engage in banter or image.  Hopefully the record-buying public will see it the same way.

Like all the best reunions, this one isn’t just about churning out the hits.  Much has been made of the fact that the band have reverted to their original singer Stephen Holt, who wasn’t present during the commercially successful period of the band in 1989 through to 1994.   However, over half the set tonight is made up of songs which either he sang originally or new songs, and that’s after taking out Keep The Circle Around, Garage Full Of Flowers and two new songs Reason Why and Changes from the March set. 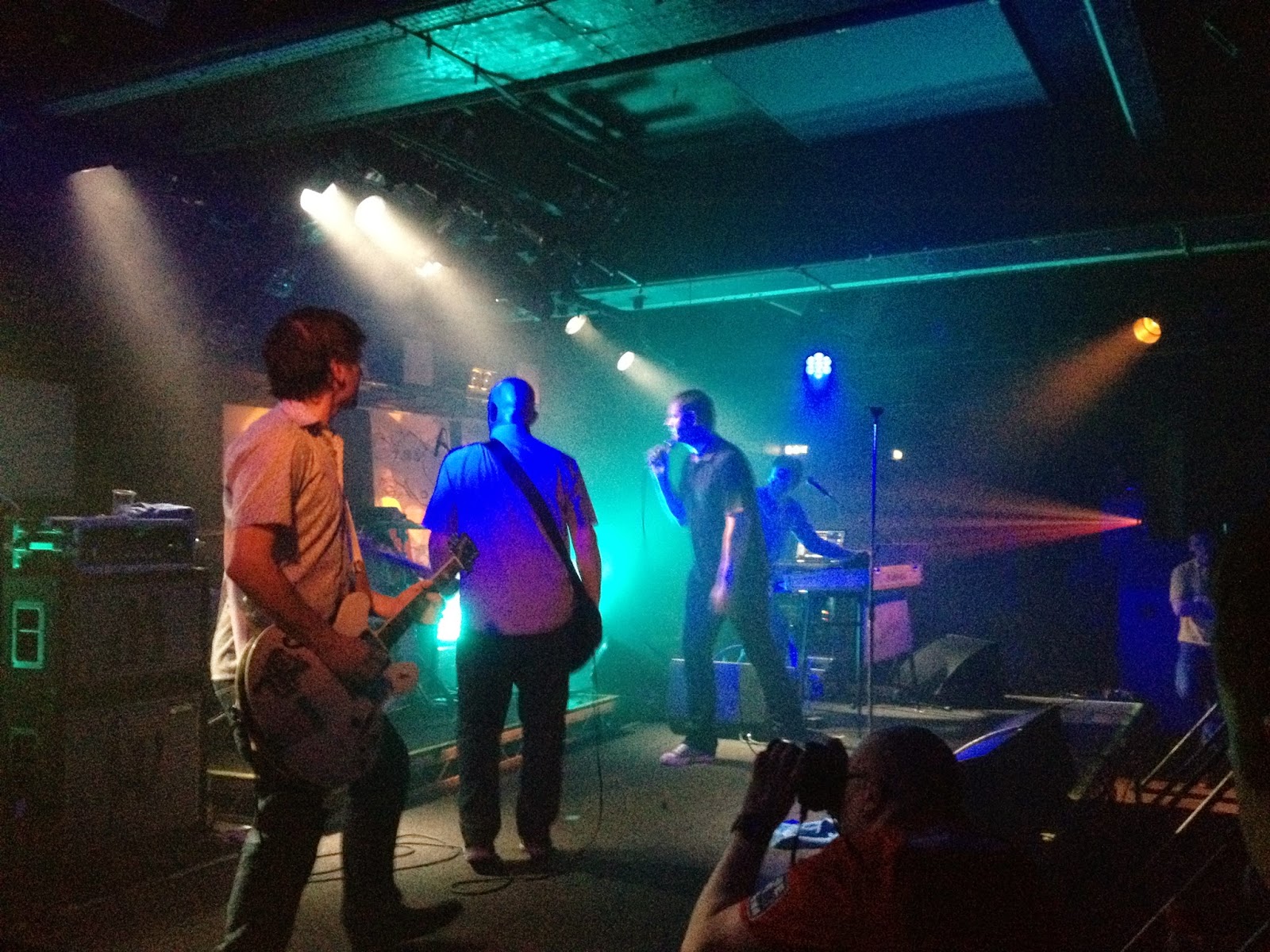 Whilst back in March, there was still a nervousness evident up on stage as the band were feeling their way back together, there’s nothing of the kind tonight.  The camaraderie of five mates on tour together doing what they love shines through.  They’re not perfect, but they don’t need to be – it was always the charm of the band.  There’s even room for improvisation at the start and end of an emotional Sackville and an elongated jam at the end of Dragging Me Down.  But true to their garage roots, it’s the very oldest tracks – Butterfly, Directing Traffic, Greek Wedding Song - and the two tracks from the recent single – You’re So Good For Me and Head For The Sun – that stand out.

Martyn Walsh is like a hyper-active jack-in-a-box, threatening to take the front row out as he throws his bass-shapes.  Clint’s keyboards dominate many of the songs, but it’s the lesser-heralded guitar of Graham Lambert and the vodka-fuelled drumming of Craig Gill that hold everything together.  As for Steve, he’s grown in the role of frontman as if he’d not taken a twenty year plus sabbatical and there’s a confidence there that wasn’t wholly evident a couple of months ago.

It’ll be interesting to see where the Inspirals go next.   Commercially the sense would be to go with a classic album tour – Life being the obvious choice, but there’s a will there to write new material and what we’ve heard so far stands tall and proud against their best work.  The Wedding Present seem to making a good stab at doing both and perhaps that’s the model for the Inspirals to follow.

Inspiral Carpets played Commercial Rain, Joe, She Comes In The Fall, Head For The Sun, Weakness, You're So Good For Me, This Is How It Feels, Butterfly, Directing Traffic, Seeds Of Doubt, Find Out Why, Sackville, Generations, Move, I Want You, Dragging Me Down, Greek Wedding Song, Theme From Cow, 96 Tears, Saturn 5
Posted by Even The Stars at 22:43