Since the last hurrah of The Bluetones in September 2011, Mark Morriss has been ploughing a new career as a solo artist.  His second album, A Flash Of Darkness, was first released earlier this year exclusively on Pledge Music and will be getting a full release on Acid Jazz early next year.  Ahead of that, he releases a single This Is The Lie (And That’s The Truth) today.  We caught up with him before his recent show at Manchester’s Tiger Lounge to talk about life as a solo artist.


The new album is getting a full release in February, but came out earlier in the year on Pledge.  How did that go?

It went very well for me. It enabled me to get to the position where I’ve got to today where I have a record that’s ready to go into the shops.  It’s been a roundabout way of doing it.  The initial intention was to make another album and to raise the funds to do it with this being the ultimate goal, albeit not guaranteed, getting a proper release.   It was very successful, I was quite taken aback by the response of The Bluetones fan base.

It’s important to get out there to your fans though, these days, even more so than before

Oh god, yes, particularly for an artist like myself who’s got a back catalogue and an audience that wants to hear you, but not much in the way of a shop window, like radio play, magazine covers 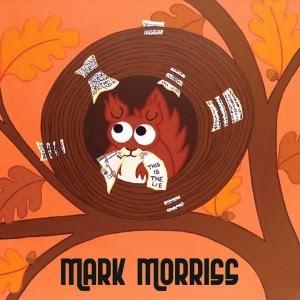 The album’s coming out on Acid Jazz, interesting choice?

Yeah. I’ve known Eddie Pillar, the guy who owns Acid Jazz for 3 or 4 years since my association with Matt Berry and I was spending more and more time in his company and he heard about this record and wanted to hear it.  A couple of other labels were interested, but in the end I went with Acid Jazz, because I saw how dedicated they were working with Matt’s record and, for me, that was very encouraging because if they’re going to apply that sort of elbow grease to mine then I’m going to be happy.

Exactly, the most important thing is people actually knowing there’s a record out sometimes.

I think they’re keen. They’re a small label, they survive on these releases doing well.

You’ve got an EP coming out. Tell me a little about that.

It’s one of the songs off the album, an outtake from the album which is a demo and then six pieces of music.

They’re all less than two minutes.  Is there a concept there?

Yeah, they are a collection of the music I’ve done for children’s books. I’ve done seven and these are the six I’ve done for David Walliams’ stories, from The Boy In The Dress through to his latest one The Demon Dentist.

How did that come about?

I’ve known David for about fifteen years. When we first met, I was the famous one. We’ve grown up together in our adult lives and when he was writing the books he asked me if I wanted to be involved, because with audio books Harper Collins like to have title music and chapter music and I jumped at the chance because it was something that I quite fancied doing.

Is it something you’ve done a lot of, writing for other people?

No, not at the moment.  I wanted to branch out into that but I concentrated on writing this album in the end.

The album has been around now for nearly a year now since the Pledge release.  Have you written more material since it was recorded?

I’ve got about ten or eleven songs that I’ve started and that’s quite good for me.

Do you write on your own or with other people?

On my own really.

How does that differ from when you were in The Bluetones?

I always used to get the songs to a certain stage before I’d present them to the band. I’d have a basic start, middle and end and then we could all be on the same page and then mess around with things. The process for me getting it to the first stage is the same then I leave them for a while and forget about them.  I have them recorded somewhere in a very rudimentary fashion and then I come back to them and they feel familiar and I can mess around with them.  There’s a natural selection. 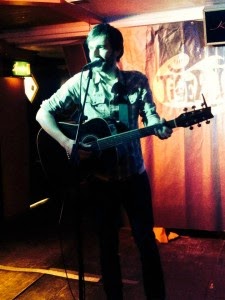 You’re out on the road on your own now as a solo artist.  How does that differ from being out there with a band?

It’s different in practically every way. Does it feel more pressure as your name is on the bill? Sometimes it does, it depends on the night, the atmosphere and the venue, but generally no.  There are nights when it’s not going so well and you feel exposed and you don’t have a team around and you can sneak back into anonymity.  Here you stick out like a sore thumb.

You’re also playing songs that people might not necessarily know.

Yeah, I’m very conscious of that because, speaking to people and travelling around the country, you hear about how other people present their new material and how it goes down with an audience, the people who pay for the ticket.  A lot of them don’t like it, especially with an artist like myself who has a lot of material they already know. I’m aware on nights like this when it’s just me and an acoustic guitar you have to keep people’s interest up so I try and sneak in the new stuff more surreptitiously so it’s about 30% new stuff as opposed to 70%.  So there’s a couple they know, a couple they should know and the odd one they won’t.

Will you be touring with a band or solo again when the album comes out?

I’m touring with four other musicians in February and March (Mark later refers to a couple of old friends during the gig). It’s about eight or nine gigs around the country over consecutive weekends.  With children, it makes you happier to do it that way, not like when you’re younger when you want to be away all the time.  I do love doing this, but if it ate into everything too much, I’d have a rethink.

This Is A Lie (And That’s The Truth) is out now on download via I Tunes and CD via Acid Jazz.  A Flash Of Darkness is released in February 2014 on CD, vinyl and download.