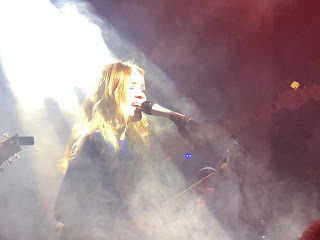 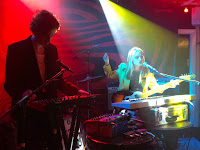 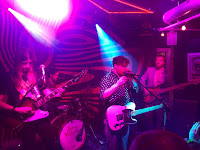 As part of her Independent Venue Week tour Jerry Williams returned to Manchester for a sold-out performance in the basement of Jimmy’s with an hour-long set of songs that demonstrated the diversity of her songwriting and the energy of her performance. Support came from Wild Front and Maddy Storm.

We hadn’t heard from Maddy Storm in a while as she’d taken a break to write new material. What’s happened is a complete reinvention, ditching the angst-laden intensity for what she describes as a more “poppy” sound. With live keys and guitar and powerful backing tracks she has somehow managed to both deliver on that claim as well as retain the individuality that set her apart from many of her peers. 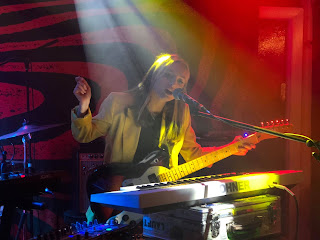 Accompanied by Sam, they alternate instruments across five tracks, of which only the opener The Tempest we’ve heard before. The others share the expansive vision of her previous work, particularly Nonstop and the final track she doesn’t introduce, but are more extroverted in their outlook than the introspection of her earlier work. We’re excited to hear what the recorded versions of these will sound like.

Wild Front’s sound is made for stages bigger than this as their main stage billing at this year’s Isle Of Wight festival set attests. With an impressive set of singles behind them, many of which don’t make the cut tonight in favour of new songs, the Manchester crowd warm to them immediately as they open with Tumble Party. Jack opens Rico, their best known single to date, by playing the guitar with his teeth while controlling his serious array of pedals with his shoeless feet. There’s serious craft at play here, Wild Front write impeccably structured songs that lift and soar in the choruses with verses that pay attention to every detail. 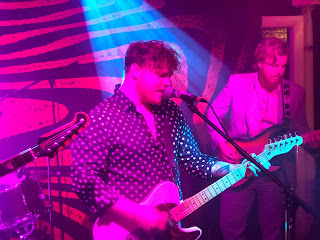 Physics and Southside follow the same recipe for success, whilst unreleased songs Circles and the closing Staring At The Floor hint that they have plenty more in their locker to come this year. They’ve been plying their craft for a couple of years now and have developed their live show to be ready to make the next step up and the response they get suggests that won’t be too long coming.

A sixteen song setlist is impressive for an artist without an album to her name as many acts simply get into a cycle of repetition or quality control issues when they try something so bold. However, Jerry Williams’ slow-burn route to national attention has afforded her the time to stockpile songs that allow her to structure her set and vary the tone, pace and volume of what she plays in the way that established acts take two or three albums to achieve.

From sugary-sweet pop songs like Velcro, What Do You Want For Breakfast and Pistachio through to the likes of Proper Person, Grab Life and Left And Right that pack a punch you wouldn’t expect were you stupid enough to judge her on appearance, the set is perfectly paced, keeping the crowd enthralled throughout. By the end those heavier songs start a moshpit and chants of "Jerry, Jerry" between songs, much to her surprise and evident joy. One of the most endearing things during the course of the show was that genuine connection she sought and succeeded in making, through explaining the meaning behind the songs - being in love, feeling unrequited love, getting over a loser, feeling alone, mourning the loss of someone and then getting on with life because the person wouldn't want you moping about - so that people, young and those of us a little older, could relate to them. 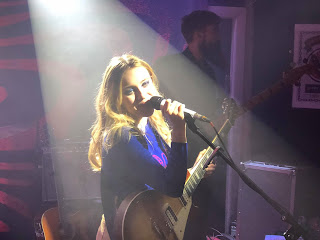 Any nerves she might have felt at the start, evident by a lot of hair-twirling in the first couple of songs, soon dissipates as the reaction she gets becomes louder with each song. You can hear her become more confident, and with a band (James on bass, Ronnie on drums and Charlie on guitar) with whom it feels like she's struck up a real chemistry, you could be mistaken for thinking we're watching an established artist playing an intimate show rather than one undoubtedly on the rise at a staging post on her journey.

By the time she's played an encore that the audience demand including Gameshow, a beautiful intimate and deeply personal tribute to a departed family friend, and has spent the best part of an hour chatting, posing for photos with anyone and everyone, there's a sense that Jerry Williams has that sparkle of star quality that you need to go far these days as well as a set of songs with a genuine energy and that will grow with the bigger rooms they'll undoubtedly be played in soon.