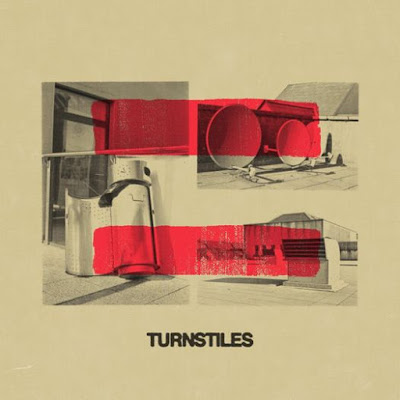 We were given the heads up on Turnstiles in late 2019 by our friends with exceedingly good musical taste across the Irish Sea. Since then we’ve never looked back following the Galway-based five piece as they consistently produced music of the highest calibre against all the odds that 2020 threw at them. January 8th 2021 sees the quintet release their debut EP ‘The Turnstiles EP’ via Blowtorch Records.

Early singles Moving Forward/Wasting Away, Tantrum, I.D.C. and Same Old Stories showcased the band as a raucous punk band intent on causing maximum sonic assault in a short space of time. Direct, engaging and relevant. Entering 2021 nothing much has changed from that perspective.

It features four out of the last five songs that they have written during lockdown meaning it’s very much a snapshot of where they are right now.

Opener Something To Die For sets the tone for the EP. Like something out of a horror movie the intro is terrifying. It’s a sinister, screeching, howling mix of guitars that makes your ears bleed. The noise of metal and string scraping together encapsulating the demonic wizardry of Cillian Ryan and Colm Sweeney on guitars. It’s a one hundred mile per hour head rush opener as the band hurtle through with that feral energy of theirs.

The relentless sonic assault on the ears doesn’t let up as drummer Luke Mulliez’s combative style compliments the driving, pounding bass of Jake Tiernan as London-born vocalist Callum Mitchell sneers and snarls his way through the song tackling the economic and social issues that are plighting many places right now. A band representing people of all ages who are disengaged, disillusioned and disenfranchised.

Mitchell barks “Something to die for, something to live for” whilst telling us it’s time to “shift the blame” while staring into “the eyes of the abyss”. It’s not entirely nihilistic or against everything though, there’s positivity too as he exclaims there’s “something to adore”.

Second track Just Bleed opens frantically but settles into a song where Mitchell ponders action and life choices that affect us all.

“Sing a song that reminds me to breathe” berates the impassioned frontman who clearly has enough fire in his belly to excel in the face of adversity. The “just bleed” mantra offers a harrowing insight into the mind and thoughts of many.

With previous offerings from Turnstiles we’ve been accustomed to the short, sharp, shock treatment that leaves you punch drunk and breathless. Now there’s a more mature, full bodied sound from Messrs Mulliez, Tiernan, Ryan and Sweeney that is a lot richer and denser in texture although they’ve retained the gusto and abounding energy that has made them firm favourites with us and their cult following back home. Just Bleed is testament to the new found maturity during testing times.

In A State tackles personal and political issues that seem to be prevalent throughout the record. The song opens with Tiernan’s oscillating bass counteracted by the to-ing and fro-ing of the double pronged axe attack of Ryan and Sweeney. Dual guitars that duel and cut deep into the consciousness aided and abetted by drums that bludgeon you into submission.

Callum Mitchell is despondent and in despair as he bellows “The system has expired, the flaws have been exposed” before resolutely declaring “you’ve outstayed your welcome, you built this world on hate, you got the keys to heaven and left it in a state”. Lockdown has been tough on us all and for Turnstiles it’s been an opportunity to become even more creative and use their position to sound board and represent the thoughts of many. It’s easy to relate when Mitchell barks out “Don’t wanna wake up, don’t wanna sleep”. The tension growing throughout the whole song, the crescendo of noise increasing before grinding to a sudden halt.

With no time to breathe the final track Omniscient Delusion hits you right between the eyes and ears leaving you dazed and confused. It’s an in your face aggressive outburst not just sonically, but from Mitchell too, who is not holding back and certainly not distancing from you socially or emotionally as he gets up front and personal. He spews out the rage “I’m a piece of a puzzle that’ll never be solved”. The honesty and directness of the band is to be admired and they don’t hold back taking a swipe at those stuck in their own biased and subjective echo chambers which have only worsened with the ever increasing accessibility of the internet and social media platforms.

Looking at the root of the problem he exclaims that this is “the first generation of instant information” and how dangerous that can be believing everything you read and sharing it. The know it all who can’t reason and who spouts nonsense so you’re compelled to ask them “how does it feel to be real, to be human?”. The breakneck speed is relentless throughout as the band go at it hammer and tongs. The viciousness of the guitars and drums refusing to slacken meaning that the bass and vocal have no option but to continue on the front foot.

2021 could well be the year Turnstiles break further than Ireland. It would have been 2020 had a global pandemic not come along and scuppered their ambitious plans.

Recharging and resetting it sounds like the band are hungrier and more determined than ever. With plenty of tunes to now choose from there’s an air of excitement about how good their debut album could be and if they can finally get across the water to play shows in the U.K. then I’m sure they’ll earn themselves plenty of new fans with their incendiary live shows and thought provoking songs. One to watch this year? Absolutely.