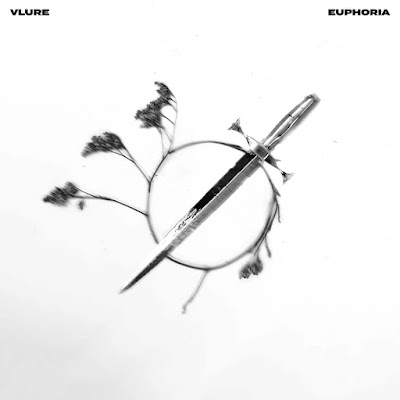 Glasgow five-piece VLURE have been the hottest band on our radar since they released a live video of Desire way back in 2019 when the world was a very different place. Two and a bit years on, they release their debut EP Euphoria as a soundtrack to survival, of understanding exactly what and who matters and the importance of love and friendship to our existence and happiness.

The five songs on the Euphoria EP will be familiar to those who've been fortunate to witness VLURE's electric live shows over the past few months. All five, plus their early single Shattered Faith and Desire and their cover of Faithless' God Is A DJ have created a thirty-five minutes of escape from the fucked up world that we've lived in through 2020 and 2021. VLURE are the voice of understanding the insecurity, emotional turmoil and inner monologues that play havoc with our individual and collective mental health and offer the communal solution of coming together to expel those demons through friendship, hedonism and music.

Show Me How To Live Again was the first song to be revealed of the five, a song of hope and looking forward, brimming with the optimism that friends and spending moments together doing things that you love will save you from the darkest moments. It's in your face from the off, merging post-punk with wild eighties-influenced synth sounds to create something intoxicating, all the more powerful for Hamish refusing to downplay his accent. It simultaneously kicks up you up the arse and puts an arm round your shoulder and gets you moving involuntarily, whether you're sat listening in an armchair at home or in a hot sweaty room full of like-minded souls.

Heartbeat is set to a booming drum and bass backbeat and with Hamish's vocals front and centre, as he demands with increasing frenzy "Give me a release!" VLURE really don't sound like anyone else, their influences spread so far and wide yet fused together into something that sounds unique, uplifting and ultimately empowering. Heartbeat is about letting go of your inhibitions, escaping everything that weighs you down and losing yourself in the wildest night out of your life. Like the very best and the most important music out there, you can immerse yourself completely in it for a moment and block the dark stuff out, feel like someone understands exactly how you feel and is offering you a way out.

The Storm is where the EP takes a more downbeat and reflective twist. It demonstrates that VLURE are just as masterful and expressive with the foot taken off the gas as they are with the accelerator thrust to the floor. Musically claustrophobic, drama pulsing from every beat, tension rising and intensifying the confusion, it feels like the equivalent of the world closing in around you. The trio of questions - "What's life but a storm? Where's the sense? What's the norm?" - repeated at the end as the music swirls round them with every increasing intensity until it drops away and we're left with Hamish's heavy breathing feel like the key to controlling your feelings and your destiny, but the answers aren't quite so simple as you'd like them to be.

I Won’t Run (From Love) is the start of the fightback, its central theme is having the bravery to open yourself to others and make yourself vulnerable as the only way of being able to survive. Looking back and referencing a young man unable to express his feelings to others and trapped in a world of his own making before making the declaration that you have to face up to everything, the good and bad, in order to let people close to you who matter and who you love. Once again, the music feels like it's enveloping you, on a line between smothering and releasing you like the small margins that separate sadness and despair from happiness and joy in emotions.
The title track Euphoria has ended the set throughout the year, one final call to arms, one last collective expulsion of demons into the night. It takes on the drudgery of the 9-5 of weekday living and the escapism of the weekend, the risk-tasking of letting yourself go and opening yourself to all the possibilities, good and bad, that the world can throw at you. It urges "don't stop" when you're in a place that makes you happy, to live for the minute because that moment might never happen again. With everything we've experienced in the last two years, it's an important message that would be ignored at your peril.
Whilst an EP will never be able to capture the exhilaration of them performing this in front of you, Hamish's bulging eyes inches from your own as he prowls the crowd, the Euphoria EP is still an extraordinary statement of intent from a band that have the potential to become one of the most important in the world, if not one of the biggest. Their message is that we need to stick together, look after each other and never let go of those closest to us and to love yourself despite everything. It makes you feel understood. Euphoria is glorious, uplifting and powerful, everything music should be.

The Euphoria EP is out now, with vinyl to follow in March.