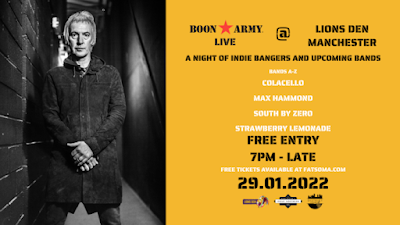 Saturday night saw the first Boon Army night at Manchester's Lions Den venue on Deansgate Mews, four acts interspersed and followed by a DJ set from Clint Boon. Giving an opportunity to new and upcoming acts of all ages to play in front of each other's audiences with the attraction of one of the city's favourite musical sons, the Lions Den is trying its hardest to establish its venue, recently refurbished and rearranged, in a part of the city centre that isn't noted for small independent venues. 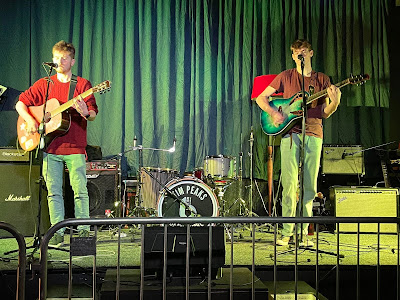 Opening up the evening are South By Zero, aka Matt and George, armed just with two guitars and two voices. It's a little restrictive to them in their ability to vary their sound, but just as we turn to comment on that at the end of one of the songs they tell us that they've got a full band EP launch at the same venue in a couple of weeks time. Their originals - one from their EP that they don't tell us the title of in particular - feel that they've got promise even if they're not, at such an early stage in their development, fully fleshed out yet. That sense that they're still evolving, and it's not an easy time to be an emerging band right now, is borne out by a couple of covers in their set - a brave and interesting take on Courteeners' Not Nineteen Forever and their final 500 Miles by The Proclaimers, a song that in our opinion needs casting out into space never to be heard again so it's hard to be objective about it. 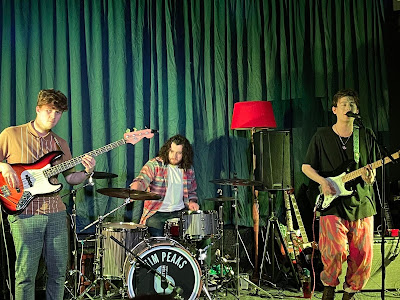 Next up is Max Hammond and he pulls the biggest crowd of the night and consequently the strongest reaction. An energetic and efferevescent presence his songs are upbeat musings on the troubles of growing up and finding out who you really are and they're set to beats that get the feet tapping involuntarily. His enthusiasm translates to the front of the crowd who seem to know most of the words to these songs and he encourages a couple of singalongs too, particularly on the fabulously titled Sofa On The Moon. He finishes an enjoyable set with his forthcoming single Headfuck (he likes swearing in his songs). 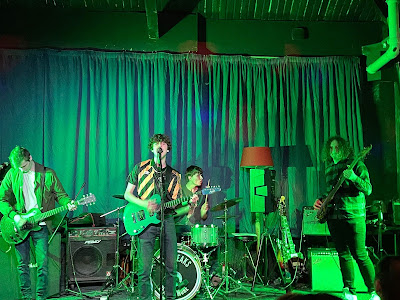 We'd emitted a little groan when Strawberry Lemonade's Facebook told us "all our dreams are made" and they start with a cover of Oasis' Morning Glory from which they get their name. Their ten song set is half covers, including an unexpected and brilliant take on Twist And Shout amongst more predictable choices, but the real interest is in their originals as they make the journey from their influences to their own identity. Singles Night Time and Control brim with real promise - strong powerful vocals with a front man whose own personality is stamped on them, a great guitarist and an impressive rhythm section. With the right guidance, confidence in their own art and taking the right turns, plus of course more of their original material that will come with time, they're got real potential if they look forward rather than back. 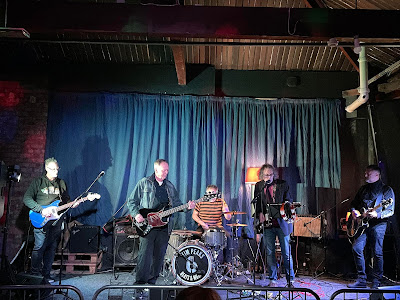 The night's headlined by Colacello, a band who describe themselves as "delicate retro cool" and they're definitely the most restrained of the four acts tonight. Their experience very much shines through, their attention to detail in their music is very clear as is their love of traditional songwriting structures which run through their forty-minute set. Andrew's vocals are a little low in the mix initially, but once that's resolved, their set takes in their two singles to date, Swept Away and Distraction, which are a good representative entry point for them. The crowd have retired a little towards the back but they give them an admirable response and shouts for an encore at the end while a couple of women lose themselves in dancing at the front.
Colacello are on Facebook and Twitter.
Strawberry Lemonade are on Facebook.
Max Hammond is on Facebook.
South By Zero are on Facebook.
________________________________
Follow Even The Stars on Twitter at @eventhestarsuk and like our Facebook page for all the latest updates
Posted by Even The Stars at 21:16