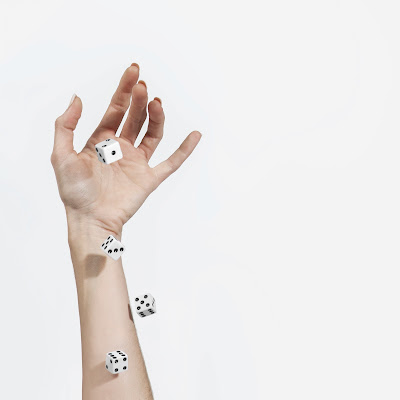 Nicole Atkins' fifth album Italian Ice saw her decamp to Muscle Shoals in Alabama with a crack team of musicians from The Bad Seeds, Midlake and the Dap Kings to create a record that pays homage to the legacy of the music she grew up loving, but one that has her own personality scrawled large across it.
What strikes you as you play through Nicole Atkins' increasingly impressive back catalogue is the versatility of her voice and her refusal to stand still. Where the poppier dancefloor tones of her third album Slow Phaser were replaced by a more stripped down tone on its follow-up Goodnight Rhonda Lee, Italian Ice straddles much of the ground in between the two - soulful with hints of psychedelia, but with the one constant dead centre, Nicole's warm voice that draws you in and puts you at ease across eleven songs that will feel immediately like old friends.
AM Gold starts with a rich beautiful piano that sets the tone. Close your eyes and you're transported to a dark smoky club with Nicole as the star turn with harmonies swirling around her. It's timeless like so much of what's to come. Mind Eraser contains more drama, but it's Nicole's voice that holds the tension, dictates the pace and makes the song shine. There's a dreamy feel to the vocals on Domino as Nicole breathlessly warns "tick tick tick tock, your time is up, this message will self-destruct ...watch them fall like dominoes" and you know she means it even though it's wrapped up in warm refreshing tones. Three songs in and we've already heard more stylistic variety than you'll hear across most albums and some careers. And, because it's Nicole Atkins, it's no surprise.
Forever starts with a half-spoken, half-sung vocal and the song builds in the first verse into a gloriously optimistic chorus that declares "remind me it's a slow ride, hell we've got forever." The lead single Captain is perhaps the most daytime radio-friendly track here and it sees Nicole trying to win back a lover, with lots of water references in the verses leading into the chorus where she declares "I'll pull you on deck, I can be your captain for once, let me be your captain for once, so come on back to my arms." Like so much here, you'll struggle to place it in time. Never Going Home Again strips things down, Nicole's humour coming through in the opening line where she sings of "waking up in a Hello Kitty bed" as her story of life out on the road is told with a glint in her eye and it's one of the tracks where the album's studio's influence feels most out in the open.
St Dymphna sees Nicole conversing with the patron saint of survivors and the emotionally disturbed asking her to call her back for advice. The darkness of the lyrics as she sings about "going out of my mind" is juxtaposed with music that takes the mood off in the opposite direction, gloriously uplifting, building with soaring momentum before dropping out to the final line "when will you call back?" It's possibly the most powerful moment on the record. Far From Home provides a real contrast, claustrophobic, its sparseness punctuated in parts by lush strings that add to the intensity of Nicole dispenses sage yet simple wisdom - "you're never alone, far from home." It demonstrates that whilst in possession of the one of the most striking and versatile voices around, she doesn't need to push it to its limits to make an impact - its simple stark beauty is what stands out on this track.

Nicole's take on Carole King and Gerry Goffin's A Road To Nowhere is the only cover on the album and her voice possesses the depth and personality to make the standard her own. These Old Roses cuts right through you, the emotion in the line "these old roses have seen better days" is reflective, but rather than drown in sorrow looking back, it feels like there's an acceptance of who she is. The album concludes with In The Splinters, and like the last song of the night, it's here where Nicole really lets loose without ever losing the emotional control and message of her words.
Italian Ice is a record that could have been made at any time in the past sixty years. It has so many touchpoints to Nicole's love of classic songwriting. Yet where so many attempts at recreating it are doomed to failure, Italian Ice succeeds through the consistent quality of the songwriting, the mastery of the musicians involved and, above all, through a voice that has absolute control of any emotion it's asked to express and reveals more with each listen as you immerse yourself in it.
Nicole Atkins' website can be found here.  She is also on Facebook, Instagram and Twitter.