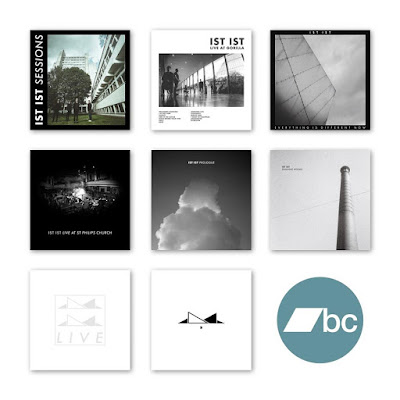 Due to never-ending requests for their early material to be made available following their debut album Architecture hitting number 3 in the Indie album charts, number 4 in the vinyl and 5 in the physical album charts, Ist Ist have announced the reissue of their back catalogue for download via Bandcamp.
The collection, which can be bought individually or a discounted pack, features both their EPs Spinning Rooms and Everything Is Different Now, their live Sessions EP, the Prologue compilation of their first five singles, three live "bootleg" recordings and their limited to 25 CDr B collection of early demos and rarities.
Andy from the band told us “There’s always been a demand for us to release our back catalogue and the ultra-limited edition CDs from the early days, but the influx of lots of new fans since the release of our debut album has really taken it up a notch. It’s great that they’re curious about us and want to listen backwards. Releasing them digitally in bulk for a small fee seemed the best way to satisfy the demand.
We’ve always been true to our word that no more of the limited edition releases will be reissued in a physical format. We could easily cash in and repress them to vinyl or release 250 more copies of each CD because we have a much bigger fan base now, but it undermines the whole thing. We could make a lot of money doing that and probably pay for the recording of our second album, but I feel it would dull the charm of those releases from our formative years.
People are free to ask us whether there’ll be new CD or vinyl reissues but the answer is going to remain the same. As artists we want to keep pushing ourselves creatively and we still love the ‘old’ tracks but we want to continue progressing as a band and we still play lots of them live. Releasing these digitally lets us do that whilst allowing people new to us to listen to our journey from 2014 to the present day and get to hear songs that may never see the light of day again.” 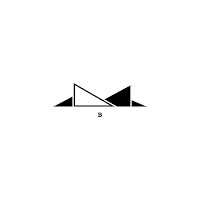 B
The B compilation was released in 2016 and featured live favourites Rats, Left For Dead and Love Song, the latter being completely re-imagined on their recent debut album Architecture as A New Love Song. Also included is the first version of perennial favourite Emily in the Field Department remix form, a more electronic version than the Spinning Rooms EP as well as unreleased tracks Waves, The Magpie and Pleasure that featured in their earliest live sets.
These are rough and raw recordings but capture perfectly the essence of the band as they were in 2015, a three-piece that were intent on ripping your head off with noise, the songs are brutal, punishing and exciting even now - and a real contrast to what the band have now become.
There were only 25 copies of this CDr ever made, each burned, hand-numbered and stickered in a white cardboard sleeve by bass player Andy - so it's become the holy grail of Ist Ist fans. 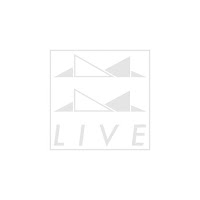 LIVE
The first live recording of three in this series - taped on a Roland recorder on stage at their sold-out 2017 Gorilla show capturing the band warts and all just before their transition to a four-piece.
As well as featuring singles and tracks that would form the Spinning Rooms EP, it also features the hypnotic six and a half minutes one-liner Things Will Never Be The Same Again, the unreleased 7 and Ghost and the final live performance of crowd favourite Rats - which the band played to honour their end of the bargain of one of their t-shirts being worn on Granada Reports.
100 copies of the CD, home-burned and hand-numbered and stickered in a white card sleeve, sold out in three hours. Our review of the CD can be found here and the show here. 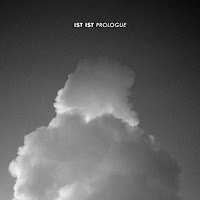 PROLOGUE
This five-track compilation features the band's first five singles - the original versions of Silence and Night's Arm (the first song they ever wrote) that appear on Architecture, plus the anthemic Strangers, the pulsating beat of debut single White Swan and their final non-EP single Right Between Your Eyes.
Hidden bonus tracks on the download include extra tracks from the CDrs that were sold online in very limited quantities - the simple yet affecting Infatuation, a remix of Strangers and an instrumental that they used to come on stage to.
The five songs had only been available physically on home-burned, hand-numbered CDrs, white card stickered sleeves with variants of the Ist Ist logo (White Swan / Night's Arm combined on a run of 25, Silence 50 and Strangers and Right Between Your Eyes 100) as the band's popularity grew. 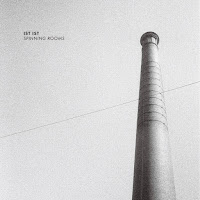 SPINNING ROOMS
The band's debut EP was released in March 2018 and featured perennial live favourite Emily as well as three more recent tracks I'm Not Here, Preacher's Warning and their epic twisting set-closer Diversion as well as the short instrumental Interlude.
Long sold-out physically, and re-recorded live in the studio for the Sessions double EP, it was a sign that Ist Ist meant business and weren't just going to be a singles band.
Our review of the EP can be found here.
We concluded "It would have been easy for Ist Ist to have sat back and churned out more of the two and a half minute blasts of noise-heavy frenzied post-punk that made such an initial impression on us three years back. They’ve delivered an EP that makes the statement that they’re not content to rest on their laurels. It’s the sort of record that bands claim to have made when they go experimental, the sort that press releases proclaim the latest bland in their roster have broken the mould with. Yet Ist Ist have dispensed with any hint of that bluster and let their music do the talking. It’s time to listen." 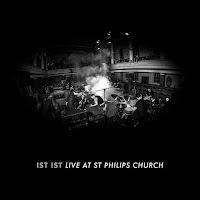 LIVE AT ST PHILIP'S CHURCH
Live At St Philip's Church was recorded at their next hometown show (technically Salford), another sell-out and their first show as a four-piece with the debut of Mat Peters in the band as well as the songs that would make up the Everything Is Different Now EP.
Rather than the whole show and an audience recording, this was a full desk recording and only eight of the tracks from the set and as a result feels a little less complete than the other live recordings - it feels a little more clinical, capturing more detail of the music but at the same time losing a little of the energy of the field recordings, but it provides an interesting contrast as a result.
The 200 copies sold out the day they went on sale. We reviewed the show here and the CD here. 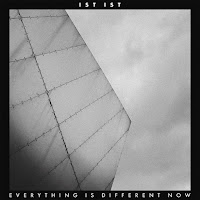 EVERYTHING IS DIFFERENT NOW
The EP was the recorded debut of Mat with the band and with hindsight feels like the second half of the transition of the band to the one that made Architecture. Singles Exist and Jennifer's Lips were made for radio and were picked up by Steve Lamacq and John Kennedy even if local stations remained (and still do) blind to the success story on their doorstep.
It's the second half of the EP - I Want To Disappear and Undignified - that give the bigger pointers though to how Architecture would sound.
Our review can be found here. We concluded "Everything Is Different Now is an EP in the truest sense of the word, a set of songs that take the listener on a journey not a collection of singles thrown together after they’ve all been heard before. It should also dispel those comparisons that sit like an albatross around Ist Ist’s neck. A prominent bassline, dark claustrophobic intensity and hailing from somewhere with a Manchester postcode make for easy lazy labeling but Everything Is Different Now is far more complex and revealing than that." 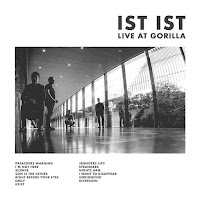 LIVE AT GORILLA
This return to Gorilla signalled the end of the live promotion of the two EPs - the next time they played in Manchester they revealed half of Architecture eleven months before its release and before they'd gone into the studio to record it.
Another field recording, this one feels more rounded than the first Gorilla album due to it being captured on three recorders around the room - but once again it perfectly grabs the intensity of the live show and the energy in the room more than a desk recording on its own ever could.
The 200 copies of the CD sold out within six hours. Our review of the show can be found here. 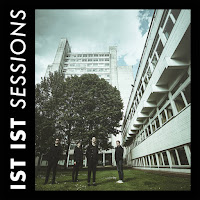 SESSIONS
Spinning Rooms had sold out, Everything Is Different Now was well on its way to and Ist Ist were gathering new fans at a rapid rate who wanted the early material. Rather than repress the EPs the band took the innovative approach of going into the studio for a day and recording live versions of the EPs in a similar style to the way bands used to record and release John Peel sessions.
This allowed them to include Mat's contributions to the Spinning Room EPs and also keep the exclusivity of the original recordings on physical formats (which is the reason why they're not repressing this mammoth swathe of back catalogue, but bowing to demand for it to be available digitally at least as a compromise).
Our review of the Sessions EP can be found here. We concluded "Sessions feels like a debut album though in many senses in the same way that Dung 4 felt like Inspiral Carpets' debut. It's a line in the sand over phase three of Ist Ist as they seek to move onwards and upwards with the excitement of making their first record. It's as an essential document of the band as all their previous limited edition releases"
Ist Ist are on Facebook and Twitter.

Architecture is available to order from their shop on vinyl as well as CD, cassette and download. Our review of the album can be found here.

All the reissues and their most recent bootleg recording (a desk / two field recorder hybrid of January's intimate Salford Sacred Trinity show - 300 CDs of which sold out in six hours) are available to download from their Bandcamp.