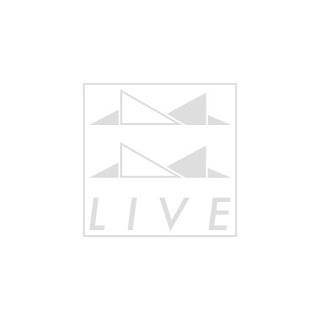 Ist Ist are releasing a live album of their recent Gorilla headline show when they filled the 600 capacity venue and delivered an explosive set the likes of which the venue could hardly have witnessed before. Unbeknownst to them their set was caught on a single recorder and microphone in the audience, but the tape was so powerful and captured the raw explosive energy of the performance more traditional methods of recording a live album ever could that they had to release it.

As powerful as Ist Ist's five singles to date have been, there's a power in their live performance that simply can't translate to the studio versions. It's the unreleased songs here where that power is at its most evident though, on the songs that don't fit the mould of a single. On Things Will Never Will Be The Same Again, the song is propelled along at breakneck speed by Adam's guitar, Andy's bass and in particular Joel's drums whilst Adam with increasing ferocity screams at blood curdling intensity the song's title over and over again as the song's only lyric before they build a huge wall of sound and then drop back down. The tape captures this in a way you'd never manage with all the studio trickery in the world.

The same applies to Ghost and 7, not your traditional verse chorus versus chorus middle eight chorus songs by any means, yet in this warts and all environment where there's no hiding, the intensity of the sudden changes of direction, acceleration and deceleration and the dark threatening delivery of Adam's vocal, the songs come alive in the most terrifyingly visceral way imaginable. The final track Diversion, another unreleased song, tops them both though, starting with a jam out of the closing moments of Night's Arm and the final lines screamed as if Adam's balls had been trapped in a twisting vice, full of anger being expelled through the medium of the words.

Then there's the singles, all five of them - Silence, White Swan, Right Before Your Eyes, Strangers and Night's Arm - each of them here delivered with a venom that live performance allows a band to express far more than a produced studio output. The big choruses are still there on Silence, Right Before Your Eyes and Strangers, but also the melody that lurks deep within the songs also comes to the fore on this most rudimental of recordings. You can sense the excitement of the crowd as White Swan strikes up with that Ist Ist chant in the background or as the drama of Night's Arm is played out like a real life horror movie.

Emily, a song that's survived culls that has seen off most of the songs they started with just under three years ago, is probably the standout track here. A dark love song, dedicated to Adam's wife, it's menacing, threatening, foreboding, yet somehow romantic in the way his baritone is delivered around the sort of huge expansive combination of instruments that mean Ist Ist could fill the biggest rooms of the city with their sound. And then there's Rats, played here for the last time apparently, as Adam tells us "there'll be no more of that" at the end. It's a wonderful two minute onslaught, a gloriously throwaway moment that their audience has understandably latched on to with rat masks in their crowd and impatient chants for it. But equally, with everything else around it in the set, they've progressed past that and already discarded most of its contemporaries. If it's the last time they ever play it, it's a fitting sign off.

Live is a brave release, a band laying itself bare for everyone to see and defying any of the logic a manager or a record label would try to apply to this. Not many others would have the sheer bollocks to put something out this raw and naked, basically a very good quality bootleg, stripped of the comfort blanket of the studio production that makes them sound good. Ist Ist are their best with those covers off.

This is Ist Ist in their natural habitat, this record is a document of exactly why they enthrall anyone with the constitution to be able to handle this onslaught on the senses and why they've got an increasingly expanding fan base. Live serves as an absolutely crucial document of the best unsigned live band in the country right now.

Ist Ist are on Facebook and Twitter. The album is / will be available from their web shop.