TRACK OF THE DAY : Island - Try 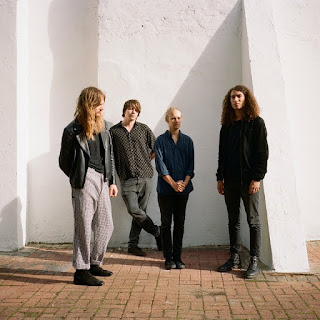 Island have announced the release of their debut album Feels Like Air on April 6 next year ahead of their UK tour which starts next week. The album is introduced by their new single Try.

The London-based four-piece are Rollo Doherty, Jack Raeder, James Wolfe and Toby Richards. They've released a number of singles and EPs over the past couple of years - 2015's Girl EP being followed by singles Come With Me and Spotless Mind last year before releasing the A Place Like You EP earlier this year.

Try is a gloriously upbeat shimmering electronic track that showcases the band perfectly. It's also accompanied by a video set at a swimming pool with a number of characters diving off a high board, inspired by the film Ten Meter Tower directed by Axel Danielson and Maximilien Van Aertryck.

Email ThisBlogThis!Share to TwitterShare to FacebookShare to Pinterest
Labels: Island