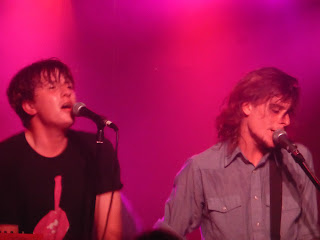 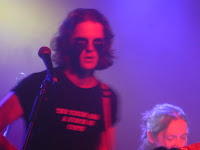 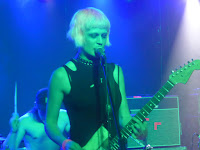 The second night of Cabbage's Healing Brexit Towns tour rolled into Preston's 53 Degrees accompanied by The Blinders and Queen Zee And The Sasstones for a triple-header of eclectic and often eccentric rock and roll that might not solve the issues of the nation, but puts them to the back of your mind for a couple of hours.

Queen Zee And The Sasstones open up proceedings with their raucous brand of bubblegum punk. New single Boy is preceded by the demand to "move your hips and shake your arse" and that's exactly what they make they do. Zee is a genuine star, when she's not bouncing around the stage, standing on the drum riser, she's down on the barrier, urging the audience forward and drowning herself in beer. Their final song Fly The Pink Flag, where keyboard player Courtney shares lead vocals, is a song written in the aftermath of the homophobic terrorist attack in Orlando is both an angry protest, but also a vehement fuck you to the perpetrators of such hatred. They're brilliant, in your face and impossible to ignore. 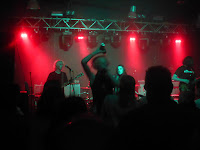 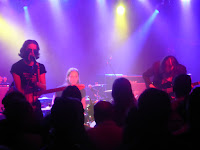 The Blinders are next and it feels immediately like they're past the stage of playing support slots and ready for big headline shows of their own. That cocksure arrogance and unquestioning belief in their music and the message that they're imparting that comes across each time they play is now wholly justified. The likes of Brutus, Brave New World and ICB Blues have bulked out feel even more empowering than ever before and demand that you listen and succumb to their violent charm. The kids of Preston take heed and start up a bouncing moshpit that continues through most of their set. They depart leaving us with the sense that they're on the cusp of following the trajectory of our headliners. 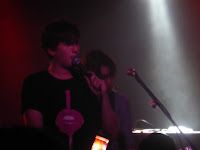 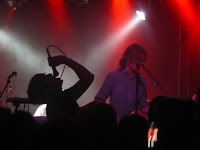 If this tour was to try and spread an anti-Brexit message, this hot and sweaty room was probably not the place to do it. It's noticeable the spread of age group immediately from the teens to those who probably remember the first coming of punk. But as Joe and Lee blast their way through twelve songs culled from their EPs to date, age becomes an irrelevant as 53 Degrees is turned into a hot steamy mass of bodies hollering back every word to the likes of Fickle, Terrorist Synthesizer and Lies About Manchester. Whilst particularly Lee's unpredictability means you're not quite sure what's going to happen next or where they're going to end up, it's Eoghan, Stephen and drummer Asa that give their two front men the space to let loose even though they're fighting against a sound system that doesn't feel up to the job and has way too much bass for this size of room. 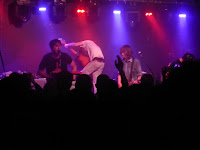 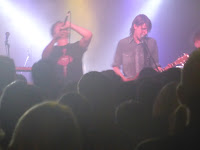 They're confident enough already to not feel the need to play singles Gibraltar Ape and, even more surprisingly, crowd favourite Dinner Lady. They revisit their now infamous Free Steven Avery (Wrong America) and substitute in Charlie Bronson. The "death to Donald Trump" line has gone too, but the song doesn't quite feel right. It's more than made up though for by a brilliant A Network Betrayal where Joe delivers the lyrics bullet speed fashion like a possessed poet and the final glorious send off of Uber Capitalist Death Trade that feels so magnificently wonky, lop-sided and pissed up that it's going to fall over at every second but which sums up everything Cabbage are all about.

Email ThisBlogThis!Share to TwitterShare to FacebookShare to Pinterest
Labels: Cabbage, Queen Zee And The Sasstones, The Blinders