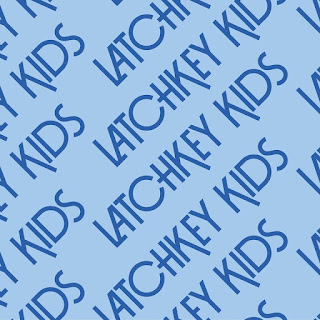 One of our favourite artists Liam Frost is back with a new project The Latchkey Kids with an album and a Pledge Music campaign in the offing too. We caught up with him for a chat about it all.

You've announced your new project Latchkey Kids. Who else is involved with you?

The project started as just me on my own again, really. The initial line-up was a de facto Slowdown Family band, but life circumstances and other musical jobs put that idea to rest. I've been told that I'm not really the kind of person to sit still or look back, and as fun as it was, a Slowdown Family album seemed a little revisionist.

Before I knew it I had an album's worth of songs, but I was still keen to have a band feel to things. My friend Roo Walker jumped onboard, and we've working with another singer-songwriter with the idea that another set of ideas and songs will be involved. We're still firming up the rest of the band.

Where does the name come from?

The Latchkey Kid is a character in a new song, Smoke. I guess that I could say that it's me as a youngster - but then I think a lot of people could identify with that imagery. The band name came from there.

Does not using your name as you did with The Slowdown Family make this feel like a group rather than a solo thing?

I don't think I've had the smoothest of rides, from the Slowdown throught to TOKOLOSH. But I've always enjoyed the idea of working as part of a unit rather than by myself. While I guess I'm ultimately pushing things along in terms of the writing aspect, this is very much a collaboration. I think that will show once the music starts to make it's way out.

You played a number of new songs at Gorilla last year with The Slowdown Family. Will these be part of the Latchkey Kids project?

New versions of Who's Gonna Love You and When I'm Alone from my last solo EP will be on the record, as I don't think they actually got enough of a spotlight around that release. Pomona and Smoke which both popped up online in demo form have made the cut too. Otherwise it's all new stuff.

And will we hear those and more new songs at the Deaf Institute gig or will it be a mix of them and your older material?

I'm very much looking at this as a standalone project rather than an extension of any of my past ventures. When I'm Alone and Who's Gonna Love You have always really been a part of this project, so folks will hear those songs for sure. Expect the new album in full, and maybe a few covers.

How much new material has been recorded so far and how much still to go, and when can we expect to hear the first fruits of it?

The album is demoed in full. This week we started recording what will make up the first two singles in Liverpool, and the whole album will be finished by the end of the year. The idea is that we'll release a single in the coming weeks.

You've gone through Pledge Music for the campaign. What made you choose that approach rather than the standard find a label and release?

PledgeMusic initially contacted me around the release of my second solo album. Crowdfunding was in it's infancy then, and i don't think that I was an organised enough person to fulfil pledges at that point. I like the idea of connecting with folks who've listened to my music down the years, with the idea that they can help move this thing forward. If a label was to get involved further along the line, that's something to consider - none of that seems like the most important thing anymore.

The shows you've played the last few years have mostly been in Manchester. Are there plans to take this project on the road?

If people want to see us then we'll be out there. I'm still young and don't get too burned out by the road. It's not exactly the hardest job in the world, is it?