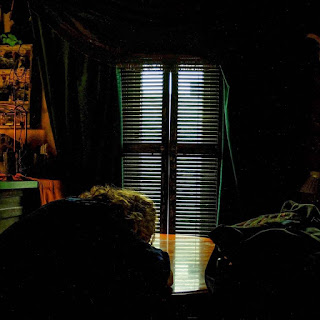 Gathering Of Strangers’ debut EP is released this week with a launch gig at Jimmy’s on Friday. Building on the back of some ambitious expansive live shows they seek to do to the same in recorded format and hit the mark.

The great thing about this EP is the space that the band afford themselves without losing the intensity of the song; think those early Verve EPs or the sadly departed The Music as a vague point of reference. Gathering Of Strangers are no copyists though, as Conor breathlessly mouths the song title as his voice drifts off into the middle distance, they’re reaching for the stars in their own sky as the song’s squealing guitar calls the tune.

It’s a similar approach, albeit in different form, that they use across the four tracks. War is a little more restrained, like it’s searching for something, which is reflected in the lyrics “and I need to know, is it just me feeling it, I want to let to know.” A harmonica kicks in over the breakdown and the listener is transported to dead centre of their creative minds before the soaring chorus kicks back in.

The centrepiece of the EP is Lies. It’s got an understated eloquence that makes it so glorious, accentuated by harmonies and backing vocals that drift in and out of consciousness. It could at any moment explode into a wall of predictable guitars, but it doesn’t. And it’s that perfect control of the song, the way it sits right on the edge of a very fine line with temptation sat on their shoulder, that makes it the standout track.

Lose My Mind completes the EP and feels like a late night studio jam, fluidly moving from section to section, one minute airy vocals lifting up the listener, the next swirling guitars and finishing in a moment of electronically influenced weirdness.

It’s hard to stand out in the increasingly cluttered world of the Manchester psyche scene that Gathering Of Strangers inevitably find themselves lumped into, but their debut EP enables them to do just that.

Email ThisBlogThis!Share to TwitterShare to FacebookShare to Pinterest
Labels: Gathering Of Strangers