TRACK OF THE DAY : Milagres - Are You Lonely? 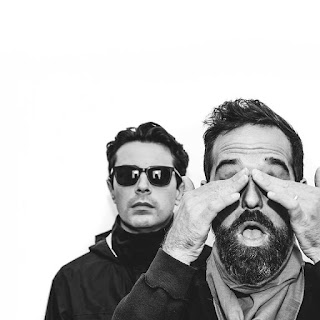 Are You Lonely? is the first new material from Milagres in three years. With three albums - Seven Summits, Glowing Mouth and Violent Light under their belt by 2014, they disappeared off the radar, seemingly lost. However, a show in New York's Rough Trade store has coincided with the release of this first track of a batch of new ones that will form an as-yet-unannounced new release.

Are You Lonely? harks back to the sound of their second album Glowing Mouth, released in 2012, that brought them over to the UK and garnered them some radio play on the likes of 6 Music. Down to a two-piece now according to their Facebook bio, they've still got the immediate soaring hooks and Kyle's immediately recognisable and expressive voice that adds to the impact of the song.

We look forward to hearing what else they've got after the best part of four years away and hopefully catching up with them again as we interviewed them back in 2012 for Louder Than War before a show they played at The Deaf Institute in Manchester.

Email ThisBlogThis!Share to TwitterShare to FacebookShare to Pinterest
Labels: Milagres