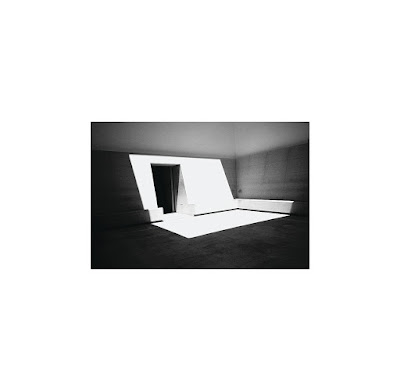 In five years Ist Ist have slowly built an incredibly loyal following off the back of word-of-mouth, limited edition single and live bootleg releases and two EPs, developing a reputation for exhilarating and uncompromising live shows, first in Manchester and now further afield. On May 1st they self-release their debut album Architecture into a uncertain world - a record to immerse yourself in and let it reveal its deep intertwining yet contrasting layers of beauty and a brutal dark side as we live through these strangest of days.

Let's discuss the preconceptions around Ist Ist. There might be lazy Joy Division comparisons thrown at them by people who clearly haven't listened to either band too closely recently or are clearly stupid, deaf, wilfully obtuse or a combination of the three. It's hung around their neck like an albatross, ironically, by those who champion bands that are so desperately trying and failing to be pale imitations of Gallagher, Turner, Ogden or McCartney and Lennon or those stuck in the halcyon days of Factory who think any band that wears all black are dancing on Ian Curtis's grave. It's nonsense as evidenced by the growing band of followers around the world that are appreciating Ist Ist for exactly what they are - a supremely confident, fiercely independent band that's following its own path. And Architecture is their mightily impressive calling card.

In another world Architecture would be their third album. First there would have been the debut full of the adrenaline-fuelled headrush of early single White Swan and live favourites like Brutalize, 1-2-1, Left For Dead, Things Will Never Be The Same Again and, of course, Rats. The follow-up would have picked up singles like Strangers and Right Before Your Eyes and the nine tracks that made up their Spinning Rooms and Everything Is Different Now EPs which were combined on their live Sessions EP that marked their evolution from a three-piece to a four-piece. Architecture would be completing the journey and the broadening of the horizons that hit the open road on the next stage of the winding path through the creative minds of the foursome. But Architecture is where Ist Ist deliver the debut record that both lives up to the promises made by what's gone before but which treads new paths for the band.

Wolves is an unsettling opener, it grips you with a sense of tension before Adam has even sung a word. And that first line "in a bad dream, you're taking me off the deep end" is an indication of the world we're going to inhabit on this record. Where Architecture retains a consistent thread to their previous work is that there feels like a sense of catharsis running through it, tinged with a hope and a sense of naturally dark romanticism in parts. The crisp production and mastering makes the music jump out at you, accentuates the subtlest of details and pushes it closer to you and breaks any social distancing rules that might be in force. The mastering was done by Gregg Calbi who's worked regularly with the likes of Lou Reed, John Lennon, Talking Heads, Patti Smith, The Ramones, Arcade Fire, The National and a cast of hundreds of the most impressive names in the business - and you can hear it and it makes an unequivocal statement of how much this album matters to its creators.

You're Mine, the lead single from the album, is propelled along by its own momentum and closest to the Ist Ist of previous releases, building like an irresistible force into the first chorus then cutting loose as it progresses. But here they sound fresh and reinvigorated, questioning the reason why we're here "We need to reassess, and understand the essence of life, the life that we possess" before the chorus kicks in. It's here in the detail where the music lifts you up that Ist Ist tap into the world where the battering and bruising of the words being sung are countered by the way in which the music lifts you up. It's an effect that many great Manchester bands, Elbow, I Am Kloot, The Smiths, James and more recently The Slow Readers Club have done within the parameters of their own styles.

It's something that's very much in evidence on Black, already a fan favourite from live shows before it was committed to tape. There's a sense of helpless romantic endeavour in the first verse where Adam sings "I can’t make the clouds clear for you, there’s nothing that I’d rather do, I can’t make the seasons change for you, there’s nothing that I’d rather do" with the sincerity of being stood alone in front of the person it's aimed at looking them straight in the eyes without blinking. But whilst lyrically it's devastatingly bleak, particularly as the delayed chorus simply repeats "what's left is only black", the music, right from the opening bars, provides the contrast that gives hope that good intent might just come through and win the day.

Discipline is where Ist Ist start to spread their wings on the album. A filthy bass line and shining synths exchange lead positions as the song progresses and Adam's declaration "it's good for the mind, it's good for the body" is repeated back to him as Ist Ist show that they've embraced backing vocals much more heavily in the recording of Architecture to give lift and reach without overpowering the basic ingredients of the song.

The next two songs really showcase just how far Ist Ist have come in five years. A New Love Song is one of their earliest songs completely reinvented. The original version was one of the Soundcloud songs that first drew people towards them, a two minute head rush of pent-up aggression, but here it's been completely deconstructed and rebuilt into a brooding threatening masterpiece that manages to feel like the walls are closing in on you as the song progresses, the intense claustrophobia intensifying as Adam half-sings half-speaks "and when the dark draws in, the only one I see is you" and then the song bursts into life and light.

Silence is a more recognisable remake of an early single, yet it's got a confidence running through it that contrasts with the comparable raw innocence of the original. There's plenty of subtlety in this record that takes a few listens to really ingest and even this most radio-friendly track, and its most singalong chorus, has that in the details in Joel's drums, the space that is afforded to all the instruments even in its most intense moments.


The synths take back control on Drowning In The Shallow End, another song that will slap down the comparisons we referred to earlier. The song feels like it's living on a knife-edge, like a taut string that's about to snap, a deck of cards that's about to come crashing down. Atmospheric vocals envelop each other and the listener and form a tight suffocating grip that won't let go as Adam considers that the only way to succeed in society is to conform - "deep in the worst kind of politics and misconstrued ideas, a lie with the mouth and a wink of the eye" but how that ultimately leaves you floundering around without substance or integrity. Fortunately it's not a path Ist Ist have chosen to follow.

Night's Arm was the first song the band wrote together and the first they played live to an audience so it's fitting that it's made it on to the debut album. It always stood out from the rest of their songs back then and it shows little of the battle scars of fighting to keep its place in the set and on the record. Right from Joel's pounding drum intro, the song swaggers with an assured belligerence as Adam tells the story of beating hearts being ripped from chests and hooded eyes following him around as insomnia turns to such nightmarish thoughts as synths and drums battle for supremacy like the powers of good and evil.


What Architecture never allows you to do is settle, the selection of track order is, in our view, one of the important aspects of an album and when you get it right, like on The Murder Capital's When I Have Fears last year, it makes a record be about far more than just a selection of songs with the most accessible thrown at the start. Under Your Skin feels like the perfect penultimate song, the antidote to Night's Arm, the scene set in the desolate light of early morning, synths swirl in the background while Adam declares, as if the monotone voice of the loudspeakers in 1984 that "the committee won't permit this" to each and every intermediate line before repeating in a rich baritone four times "I'm under your skin." The song ends in the moment where the gathering storm that builds during the song is just about to break and wreak its devastation. By this point in the album Ist Ist have found their way there and made themselves at home.

Slowly We Escape is like two songs in one, split at around half way of its six minutes. It starts brooding, seething and picking over the bones of a relationship that's doomed to failure from both sides - the unrequited love of the female and the need for avoid being suffocated of the male - and the inevitable conclusion that nothing is going to change. The second half made sees them let loose, the guitars and drums take over where synths and the intense vocals had ruled, firstly with a repetitive riff and beat that builds tension before breaking free and heading off into the song's faded conclusion.

Architecture is an imposing debut, a snapshot in the evolution of a band that's refused to stand still in the five years since they burst onto the scene with a set of songs that are a million miles away from where they are now. Ploughing their own furrow, refusing to compromise and play the shallow games of the industry, they've built their own unmistakeable identity and ethos and funded the recording and manufacture of this album from their own endeavours without short cuts or corners removed. Like most great records their influences form only the shadiest of outlines for Architecture, the skin and bones are very much their own flesh, blood, sweat and toil. It's a record to immerse yourself in, tell your friends about and revel as they fall under its spell now and in years to come.

Architecture is available to pre-order from their shop on black, clear and yellow vinyl as well as CD, cassette and download.