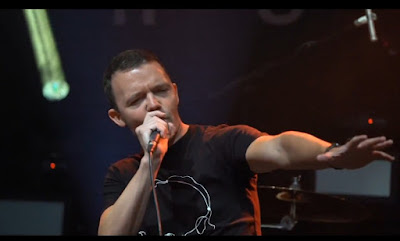 The Slow Readers Club’s second livestream from Bury Met brought with the inevitable announcement of the cancellation of their October tour but the reveal of a new album 91 Days In Isolation that the band have worked on over the past few months. A much-changed setlist, including an acoustic section, showed how you can do this regularly and keep it fresh.

Right from the start of the stream, it’s clear that there’s been a lot of work done on how to improve the fan experience - lighting and sound are far superior and the camerawork captures much more of the essence of a live show. While the interaction between band and their fanbase are so crucial to the energy of their shows, the band very much deliver on their side of the bargain and they stay true to their promise of chopping and changing the setlist so there’s a different experience to last time. It might mean old favourites like Feet On Fire and Sirens are conspicuous by their absence, but what it underlines, across a 21 song set, is that The Slow Readers Club are now in a position where they can comfortably leave songs out and not diminish the quality of the set. There’s a confidence exuding from them tonight that comes from the reassurance they’ve done one show already in these strange circumstances.

There’s new material too, written in isolation by sharing pieces of music using technology rather than their traditional jamming methods and then recorded at their old haunt Edwin Street Studios round the back of the building we’re in, and it’s impressive in how it manages to both retain their sound but see them operating in a much rawer vein. Barricades spits venom, punishing in the verses but with their usual uplifting learned with one listen choruses, while Yet Again goes further down the same line, bullet-like vocals using repetition in parts over the hard-edged drums. 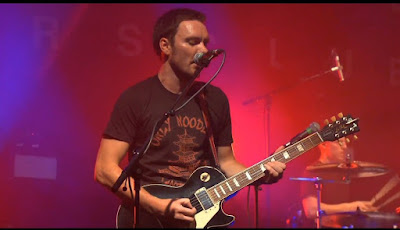 Mid-set they strip things down for an acoustic duo of The Joy Of The Return’s All The Idols and their debut’s rarely played Frozen, last heard at their Festival No 6 session with Joe Duddell in 2018 and Salford St Philips headline in 2016. It demonstrates the band’s versatility and the vocal interplay between Aaron and brother Kurt, something that’s often overlooked, although the glorious Lost Boys, another addition to tonight’s set, is to all intents and purposes, a duet.

Live, the tracks from this year’s Top Ten album The Joy Of The Return really come into their own, even without the presence of an audience roaring them on. There’s a crispness to them, a lack of anything superfluous to delivering the lies of All I Hear, Killing Me, Jericho and the final The Wait as prime examples of how to write stirring indie anthems that immediately feel like old friends. Whilst that might not be deemed cutting edge enough for the play listers on 6 Music, the stream of adoring comments in the accompanying chat suggests very much that they’re on the right track. The album sounds very much like the Top Ten album status it impressively achieved in the year.

The older songs have a more muscular feel to them too. The likes of singles Lunatic, Start Again, You Opened Up My Heart, Forever In Your Debt, I Saw A Ghost and an improvised extended On The TV reel off like a mightily powerful Greatest Hits album, whilst the less obvious choices like Cavalcade’s Here In The Hollow and a soaring mightily emotional Distant Memory from Build A Tower demonstrate that there’s far more to their canon. That they finish with their current single The Wait rather than one of the more predictable show closers is a statement too. 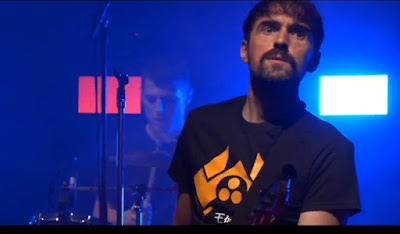 Shorn of their live outlet, which would cover 85-90% of their income since they took the brave move of going full-time and giving up well-paid jobs in the process, The Slow Readers Club are demonstrating just how to approach this arid period for live music. They’ve harnessed technology to continue to write and record, starting with the lockdown videos that they were one of, if not the first, to embrace, focusing on their own songs rather than the easier route of covers, culminating with an album of new songs ready to go whilst retaining their strong social media presence. If the strength of Barricades and Yet Again are anything to go by, they’re going to leave 2020 creatively ahead of where they went in - and that’s a phenomenal achievement in a year where their industry has been decimated.

The Slow Readers Club played Lunatic, All I Hear, Start Again, Barricades, Lost Boys, Something’s Missing, Killing Me, You Opened Up My Heart, Problem Child, Here In The Hollow, Distant Memory, All The Idols (acoustic), Frozen (acoustic), Jericho, Forever In Your Debt, Every Word, Yet Again, Block Out The Sun, I Saw A Ghost, On The TV and The Wait.

The Slow Readers Club's official website can be found here. They are also on Facebook and Twitter.
The album 91 Days In Isolation can be preordered here.
The stream will be available on-line until the end of August and tickets to watch it on demand can be purchased here.
________________________________
Follow Even The Stars on Twitter at @eventhestarsuk and like our Facebook page for all the latest updates
Posted by Even The Stars at 09:09