TRACK OF THE DAY : Janileigh Cohen - To Be With You 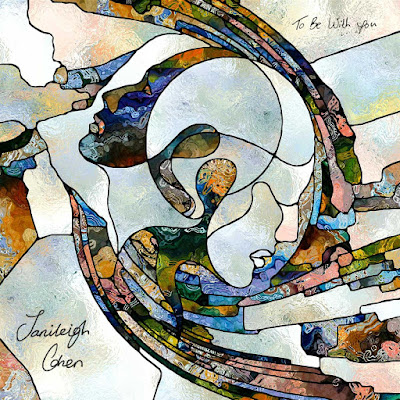 Janileigh Cohen has returned with a new single To Be With You, the first officially released material since 2017's singles Sister and Same Old Road. Set to a warm evocative guitar accompanied by dancing strings, subtle brass and understated drums that give her space to weave her magic, Janileigh captures the feeling of insomnia that comes with emotional turmoil in her rich expressive vocals.

Referencing her musical heroes Leonard Cohen and Bob Dylan, of whom she self-released an album of covers called Bird On The Wire, the song nods to them with its thoughtful melancholy but is very much the story and the music of a young woman from Bolton who's been travelling the world. Like the YouTube live version of Nothin' Blues, it's the sound of someone steeped in the finest songwriting traditions, but who can turn that into something that feels both contemporary and affecting.

Janileigh explains what she's been up to and how the single came together - "I've spent the last few years, nomading, writing and traveling so now I'd like to start releasing more music on a regular basis. This song was originally written just acoustically in the Shed and then I was lucky enough to be introduced to Steve Brown who did his magic and turned it into something I'm very proud of. I presented him with a bunch of demos and he brought them to life."

Whilst this is her first single release for three years she is still putting music out into the world. Janileigh has set up a Patreon to support her music writing and recording. Through there fans will get an exclusive peak at new material as well as her interpretations of classic songs and the occasional video blog that tells us what she's up to.

Janileigh's Patreon can be found here.