TRACK OF THE DAY : The Lovegods - Stand 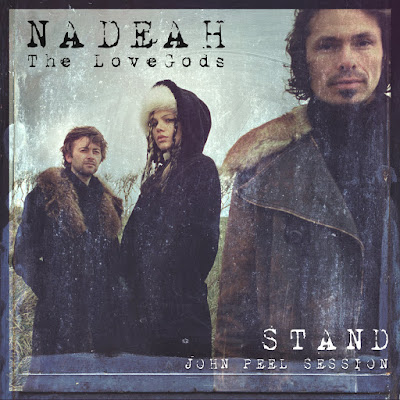 The Lovegods were back between 2003 and 2006 one of the most exciting new bands in the country, building a strong dedicated following until it all fell apart when Australian lead singer Deah was refused entry back into the UK and had to move to France. Fifteen years on, they've revealed a video to accompany the release of a lost Peel Session of an unreleased track called Stand, a reminder of what a great band they were and how the UK immigration service robbed them and us of what they might have achieved.

The band won the Peel Session as part of a new bands competition that was played out on Radio 1. The session was booked before John's untimely death and recorded in early 2005. Fronted by the explosive Deah and countered by the Gallic charm of sidekick Art and the pounding drums of Rob that underpinned their dramatic songs such as Sadie Mercedes, Heroin, Mississippi and Black across their extended EP Between Dogs And Wolves and debut album Audience Of One, their live shows were exhilarating and growing in intensity and size when authority brought it crashing to a halt.

Deah performed with Nouvelle Vague and then as a solo artist under her full name Nadeah, having moved back to her native Australia whilst keeping an international fanbase. Recently she revisited her Lovegods recordings as part of her extensive lockdown broadcasts and from footage filmed (a rarity in the pre-camera phone days) by Matt Disk Eyes in 2005 at shows in Paris and edited by long-term friend of the band Jo Robinson to accompany this release, which also features an acoustic version of the track - and another acoustic unreleased track called Boy exclusively on Nadeah's Bandcamp. The Peel Session also features on the deluxe vinyl version of Nadeah's recent reissue While The Heart Beats.

Email ThisBlogThis!Share to TwitterShare to FacebookShare to Pinterest
Labels: Nadeah, The Lovegods