TRACK OF THE DAY : James - Recover 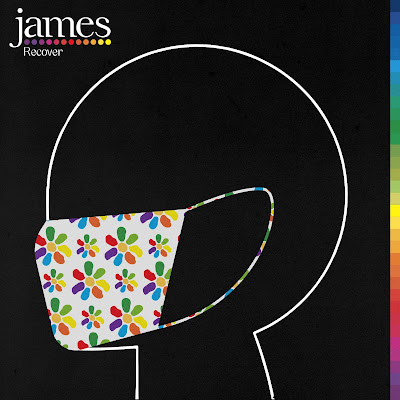 James today release Recover, the third single to be taken from their forthcoming album All The Colours Of You, a deeply personal track that seeks to find optimism out of the most horrible of personal experiences - the death of a loved one.

The song is in memory of Tim's father-in-law Savile Shela who died of COVID in the first wave of the pandemic last year. Deeply personal it references his request for Tim to sing Sit Down to him in his final hour - "your last call was a song" - but promises to honour him - "we will remember how to pass your spirit on."

Tim spoke about the meaning behind Recover and how his own experiences are universal - "This song is made and dedicated to all those who have lost loved ones during the pandemic or otherwise. It speaks to the waiting, the pain of not being able to be there when they pass and the gift of the love of their life."

The performance video that accompanies the song was premiered earlier this year as part of Everybody Belongs Here's Music Feeds festival.