TRACK OF THE DAY : Some Remain - Walk Away 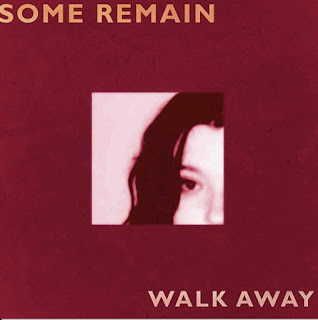 Sligo-based Some Remain are the latest outfit creating waves across the Irish Sea. The alternative four piece mix rawness and high energy creating a post-punk feel that immediately grabs your attention and we’re predicting bigger and better things for them in the not to distant future.

Debut single Walk Away was released at the end of April on the acclaimed Galway-based Blowtorch Records label, also home to Even The Stars' favourites Turnstiles.

The song starts with an explosion of energy and anarchy as the angular, jagged guitars scythe down everything in sight backed by relentless drums and a convulsive vocal that ensures the immediacy of the track never lets up.

The message is clear. Amidst the anger and disaffection we’re told “This conversation makes me sick” and “I might as well talk to the wall” yet there’s also positivity and resilience in abundance too as frontman Jamie bellows “You have had your day, Walk away, Nothing more to say”. Such inner strength and belief a necessary staple diet during these uncertain times.

There’s a youthful, infectious spontaneity to the song as the band thrust forward with a sonic cacophonous assault and, as far as debut singles go, this is a tune that may well carve a permanent place in your head from the very first listen.

Some Remain are Jamie (vocals), Colm (Guitar), Leo (Bass) and Matthew (Drums).  They are on Facebook and Twitter.

Email ThisBlogThis!Share to TwitterShare to FacebookShare to Pinterest
Labels: Some Remain