Blossoms - Ribbon Around The Bomb 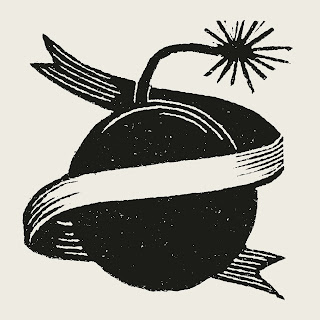 Blossoms today release their fourth studio album Ribbon Around The Bomb. Our friends over at the Blossoms' fan account At Most One Tour kindly agreed to share their first thoughts on the record with us.
We’re not professional music writers, so let’s skip the usual ado about Blossoms history, Stockport and Stepping Hill hospital and get down to the business.
Blossoms are here to soundtrack your summer and your life crisis.
Ribbon Around The Bomb introduces its strings right away with instrumental The Writer’s Theme. There’s a subtle bridge that brings us from the third album era into the fourth, the very first words of Ode To NYC namecheck Bleecker Street – the location where the cover photo of Foolish Loving Spaces was shot. Ode to NYC is uplifting and romantic, and if you’ve never been to New York City, you’ll learn how longing for a place you’ve never been to feels like. The title track Ribbon Around The Bomb follows. It is sweet and yearning, that is to say it's typical Tom Ogden songwriting at its best.
The fastest, shameless, earworm of the album is The Sulking Poet. It’s love at the first listen. From the get-go handclaps to the last of the oh la las it is a catchy number, first song on the album to clearly spell out the theme of Ribbon Around The Bomb – a story of the writer. Tom has branched out from being the love song smith extraordinaire, there’s more introspective musings on this album than there’s ever been in Blossoms songs.
There’s a certain rhythm to Ribbon Around The Bomb, following the pattern of day-night-day-night. Born Wild is the first night. It rolls you down the motorway with its moody bass, with street lights and car lights around you blurring into one. It’s got elements of the timeless Blossoms sound, think of it as a black sheep cousin of Blown Rose.
The Writer could be My Favourite Room’s older, more contemplative brother. Tom (or maybe the main character of the album, if you want to think of it as a concept) ponders his fate as the main songwriter for the band and how hard it is catching ‘those’ lines. Maybe it would be easier to pack up the notebook and run away from the burden.
What takes us by surprise is how the album’s first single Care For sounds even better than before in the context of the album. It arrives like the biggest hit of the Broadway show that comes right after the interval. The perfect sing-a-long Everything About You just might be the Oh No (I Think I’m In Love) of the album – a song that’ll be one of the highlights of the live set. It is extremely sweet without being sickly. We simply cannot wait to dance to this song with everyone at gigs.
There are nods to a few great writers on Ribbon Around the Bomb, and Cinerama Holy Days is one of the most obvious ones, referencing Lawrence Ferlinghetti. Someone’s been reading his beat poets. This album isn’t just about the writer, it’s about the writers. The song has an extremely catchy chorus and echoes of early EP tracks like Madeleine, treating us to melody after melody. Blossoms have never been a groundbreaking band sonically, Ribbon Around The Bomb is a further refinement to their distinctive sound. You know a Blossoms song when you hear it.
Edith Machinist takes its name from a vintage clothing store in NYC. Picture the main character and his bandmates trudging through the endless city, past the neon lights and bodegas. The song pounds on. ‘I made a scene so that you would see me’, is our favourite line, it’s very Strokes-esque. Dorothy, we’re no longer in Stockport.
Visions feels like the dawn just before sunrise, after you’ve stayed up all night. The ups and downs of the string section reflect the ups and downs our nostalgic thoughts go to in those times. Like everywhere on the album, Tom’s voice is beautifully clear, and the little nuances of it have a persistent habit of tugging your heartstrings. Is it because of the quarter-life crisis that is the running theme, that this album offers the most relatable Blossoms lyrics yet? ‘I’m lost somehow, more than you’ll ever know’ are the last words on this album that started with the likes of Ode to NYC. It only clicks on the second listen that The Last Chapter is the melancholy twin of The Writer’s Theme.
Ribbon Around The Bomb might have some of the usual dark fruits crowds confused by its lack of heir for Charlemagne, but it slips perfectly into its role as the fourth album. With no filler tracks in sight, it offers a comprehensive ride. Blossoms might still not be world-changing, but that’s not what they have ever been about. They're not here to change the world for you, but they will soundtrack your world. The album is different and familiar and we love it. Blossoms are yet again their unique selves and they’re firmly standing the test of time.
Blossoms' official website can be found here and they are on Facebook and Twitter.
________________________________