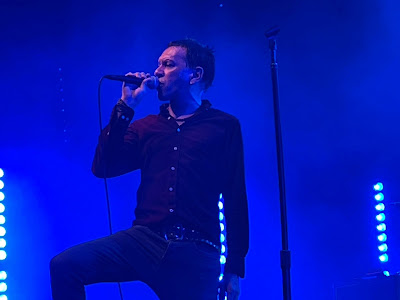 Shed Seven's rearranged date at Manchester Academy from Christmas last year finally took place on Thursday night at a packed out Academy 1 mixing together songs from across their career in front of a devoted audience and supported by local heroes The Lottery Winners.

The rise of The Lottery Winners might be one of the most surprising developments in the music business in the past few years, but it's also one of the most deserved. When nine or so years ago they were playing function halls around the North West to a small band of devoted followers playing the Academy main room was a distant dream, even though they did then possess exactly what has got them here - great songs, a very tight together and under appreciated band of musicians, three great vocalists and songs that, however much you try to resist, get stuck in your head. 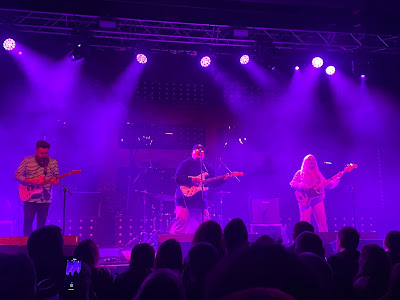 Thom goes on a bit, talking about his only fans, ripping playfully into his best mate Rob, introducing "Start Again featuring Frank Turner without Frank Turner", handing his mic stand to someone in the front row and telling them they'll get fifteen quid for it and he doesn't care as it's not his and teaching us the chorus to every song so we can sing along to the likes of The Meaning Of Life and 21. There's no need for the latter, people already know them such is the impact that the little band from Leigh have made. Free now to sign to the biggest or best bidder, the remarkable thing is that it feels like just the start a decade or so in.

Shed Seven are old pros at this game. They've navigated past never quite being seen as at the top table of Britpop that coincided with their first wave of success and are now arguably at the top of it, passing past bands that were seen as cooler and were more loved by the taste makers of the day. Like The Lottery Winners it really comes down to the songs and the connections they make. There's moments where Rick simply steps back and lets three thousand people sing the song before coming back in with a smile beaming across his face. 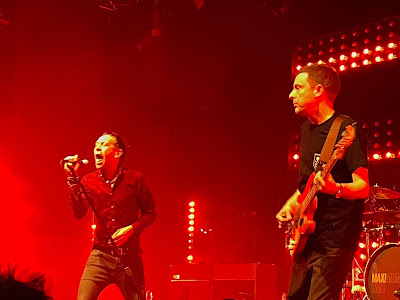 Whilst most of the audience here had songs like Getting Better, Going For Gold, She Left Me On Friday and Chasing Rainbows as part of their soundtrack to the weekend in the heady days where the promise of New Labour and the end of Thatcherite Britain was a shining beacon of hope, there's also a refreshing younger element in the crowd, particularly when the mosh pits really take off at the end. There's 11 year old Lauren on the front row who Rick spots and talks to who's learned all the lyrics from her parents' record collection and the selection of tweets Rick reads out half way through also betrays a more youthful crowd that's been raised on a diet of these songs.

There's none of the new material which Rick references a couple of times, that's for another day and rightly so. 2017's excellent and, in our perhaps controversial opinion, best album Instant Pleasures is only represented by a couple of tracks Better Days and Room In My House. The rest of the set takes liberally from their 1990s catalogue from debut album Change Giver's early singles Casino Girl and Dolphin to their 1999 Going For Gold compilation and its celebratory title track that has a great cover of Suspicious Minds added to the end and the encore-opening Disco Down. There's even space for a mid-set stripped down section of Speakeasy and Where Have You Been Tonight before which Rick quips "we're not U2 though, we're not going to put our music on your phones, we're not corrupters." There's no need to corrupt anyone in the room though, the love is very much people's own free will. 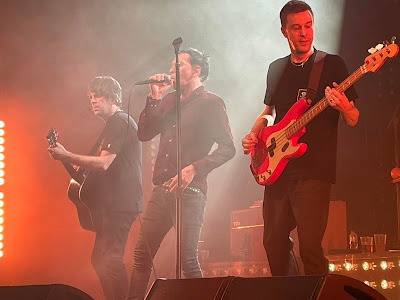 Rick is the consummate front man, his vocals as strong as ever and there's a real chemistry between him and long-term members, guitarist Paul Banks and bassist Tom Gladwin who appears to be enjoying this as much as anyone else in the room, mouthing the words to every song. It's a shame that the Academy's typically muddy sound doesn't give us the full effect of the keyboards and brass section, but it's one of the only quibbles about a professional performance by a band enjoying a well-earned reformation that now, like many others, has lasted longer than the band's first run in the limelight.

Shed Seven played Room In My House, Casino Girl, High Hopes, She Left Me On Friday, Devil In My Shoes, Magic Streets, Dolphin, Ocean Pie, Speakeasy, Where Have You Been Tonight, On Standby, Bully Boy, Better Days, Going For Gold, Suspicious Minds, Getting Better, The Heroes, Disco Down and Chasing Rainbows.