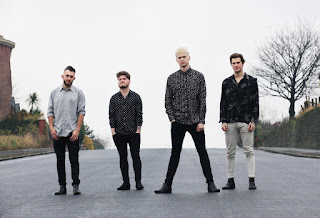 The video is shot around venues in Manchester's Northern Quarter including live footage from a show at Jimmy's earlier in the year. It follows the story of Rosie from jumping a taxi fare to getting drunk, an emotional low in the toilets to finishing the song in the middle of a mosh pit, throwing herself around to live music.

Complete with the breakdown and section where you'll find yourself joining in, as hundreds do at their live shows, spelling out the name of Rosie, it's Jordan's biggest single so far and one that's already made breakthroughs in terms of radio play.