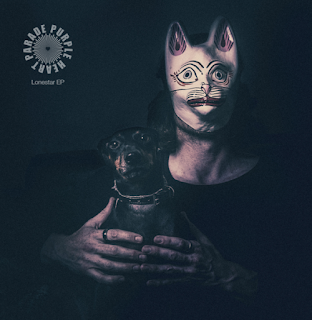 Mission Hills is the lead track from Purple Heart Parade's debut EP for Club AC30 entitled Lonestar, due for release on September 7th. Following several years and line-up changes on the Manchester scene, the band signed to Club AC30 earlier in the year and these are the first fruits of this relationship.

The song perfectly captures the essence of Purple Heart Parade, dreamy atmospherics drowing in reverb with Peter Cowap's vocals fighting their way out of the mist and lifting the listener. A song that's dedicated to a close friend that lost their life in the Manchester Arena bombing, it's a personal tribute that also deals with emotional distance in a relationship.

The EP will also feature live favourites The Room and Butterfly House as well as the EP's title track. It's being released digitally and on a beautiful white vinyl 12" with purple splatters.

The EP can be pre-ordered from Club AC30's website.