TRACK OF THE DAY : She Makes War - Devastate Me 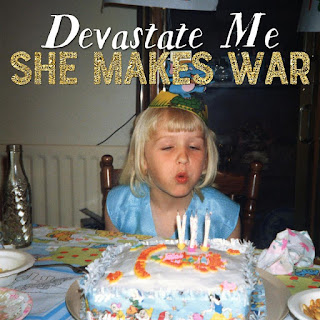 Devastate Me is the first track to be taken from She Makes War's fourth album Brace For Impact which is due out on September 28th ahead of a UK tour. The single represents a departure in style for the musically diverse multi-instrumentalist, but still remains true to her uncompromising independent approach to her music.

The single is her most confident and forceful yet, crunching punching guitars ushering in "this is a song for the heavy-hearted" in the opening line, setting the tone for the rest of the song. Laura Kidd (aka She Makes War) has funded this album via Pledge Music

The album can be preordered here.