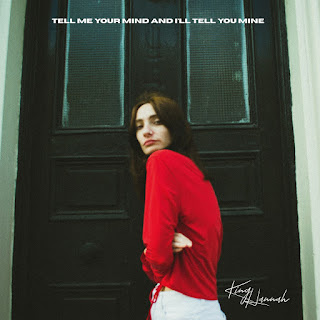 Meal Deal is the second track to be taken from Meal Deal's forthcoming EP Tell Me Your Mind And I'll Tell You Mine due for release on November 20. Clocking in at seven minutes and fifty second, the song takes the listener on a real musical journey with enough ideas for an album in its own right told by Hannah's rich emotive and unique vocals.

The Liverpool-based duo Hannah Merrick and Craig Whittle announced themselves with their debut track Creme Brulee earlier this year and Meal Deal has an equally epic feel and timeless qualities to it. It starts off slowly, Hannah's voice taking centre stage initially as the song builds before ceding ground to a wall of guitars.

The video was shot during lockdown as Hannah explains - “We had the pleasure of shooting Meal Deal at the beautiful and iconic Playhouse Theatre, Liverpool, which Craig directed, shot and edited. We wanted to utilise the unique space we had, it’s such an old theatre with all these unsettling green corridors and dark corners, which complement the moodiness of the song really well. We also wanted to make it theatrical, and so the stage, spotlights and empty auditorium became a location that the video could build towards, almost like a finale. Hopefully it has that indie, homemade feel with a touch of drama and suspense.”