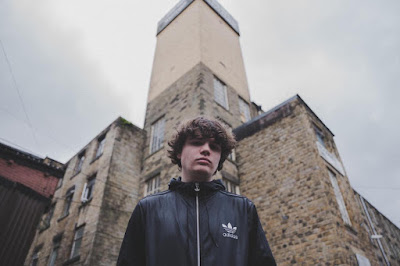 Last Friday saw Cobain Jones release his debut single Hooked and last night he revealed the first in his series of Estate Tour videos. We caught up with him for a chat about the single, signing a record deal, meeting his musical heroes and how he wants to be an inspiration to others.

Hooked has had a really fantastic response since it was released - how does it feel to have your first single out in the world?

It feels great, especially as it’s the first properly polished track I’ve released. Before that it was just demos in my bedroom.

You started off by putting out homemade demo CDs - how important have they been in getting your name known?
The demo CDs were massively important as they put me on the map and into HMV branches in Greater Manchester. I’ve given my CDs to the likes of Clint Boon, Tom Hingley, Chris Helme, Tim Burgess and many more.
The single was produced by James Skelly at Parr Street, a legendary producer in a legendary studio. What were your emotions walking into that iconic building for the first time?
Just wow. The week leading up to it I was watching Parr Street videos on YouTube and walking into the big control room with James Skelly sitting on the settee was just surreal after seeing Blossoms do the same.
You're very open about your musical influences and heroes - and you've met a number of them and some of them have spoken very positively about you and supported you. Are there any particular things that stand out?
I’d definitely say Clint Boon coming to my college in Oldham after I met him a couple of times. A handful of classmates thought I didn’t know him and I met him just as a fan on the off chance but as he walked in and spotted me straight away and shook my hand, I loved that. I also brought in my 12” Caravan single for him to sign. I performed ‘This Is How It Feels’ and he enjoyed it. I played Love Is The Law with Chris Helme at the Rose and Monkey and it was something I’d dream of going to bed at night!
You've just released Part One of your Estate Tour. How did that idea come about and is there anything you can tell us about what's to come without breaking any secrets?
I think it’s important to me to represent the area I come from and to show that poverty is a serious and real issue and people need to drop stigmas of council estates and people who live there. I’m currently working on my debut EP and that’s all I can say at this moment!
One of the things we've noticed at the gigs we've seen you play is the amazing support of your parents. How important has that been in your development from a kid first picking up a guitar to where you are now?
It’s been a massive help as they take me to every gig and they are very honest especially when it comes to demos and rehearsals. They want the best out of me and they have such a good ear for things and they have zero experience in the industry and they just know what’s right.
Your bio mentions that you are raising awareness for autism and that you have Aspergers Syndrome. It's a very brave position to be so open about that in an industry that isn't always particular sympathetic or accommodating. Do you want to be seen as a positive role model for others who suffer from similar conditions and have there been people who have inspired you?
Autism is so important to me. I honestly want to be a ambassador for a massive organisation for Autism and spread the message far and wide that it’s not something bad and it’s not something that can be wiped away from you. It’s a very special gift and it needs to be well respected and protected at all costs. I want to be the man of the outcasts of this society, I want someone with autism who has similar aspirations to go ‘if he can do it, I can too’.
Back when we spoke when you supported Dirty Laces earlier this year, you were very excited about your first headline show with a band which was scheduled to take place in July at The Castle. How disappointing was it for that to be cancelled - and do you feel lockdown has held you back or allowed you to come when you can more prepared?

Lockdown has definitely given me more time to prepare. Yes I’m gutted about it being cancelled but there’s bigger and better things coming next year. I’ve had more time to write, get my head screwed on and stockpile as much material as I can.
You've just signed a record deal with Modern Sky and Run On Records - how did it feel the moment you signed on the dotted line?
It was crazy as I was sat in my dressing gown doing it on my dad’s iPad on DocuSign in the kitchen. It wasn’t exactly the typical long table with champagne and record execs!
Do you have any specific dreams or goals you want to achieve - an iconic venue or festival, a collaboration or support slot with a hero?
One word: Glastonbury. Whether I’m on the smallest stage or headlining the Pyramid I want to play Glastonbury. Playing a Beatles track with McCartney is a close second.
If you had to describe your music to someone who knew nothing about you, where would you start?
It’s very cross-generational, it has elements of Madchester, the 60’s, modern day indie and Manics-esque punk. It’s a cocktail of musical heritage that I’ve been able to craft into my tunes.
Cobain Jones is on Facebook and Twitter.