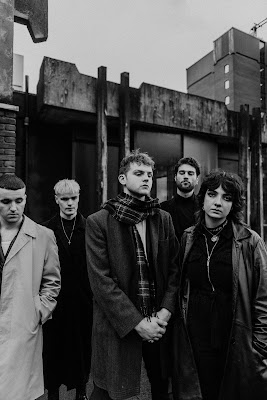 VLURE might only have one released track available, a live video at all, but they've got a lot of people excited about their uncompromising sound and attitude. That excitement is heightened by a second video, a live performance of Euphoria '94 for the SAY Awards last week.

Synth-driven at first with Hamish's heavily-accented vocals hinting at menace and uncertainty, the song takes us on a five minute journey through the intense creative process of the five-piece, the last two minutes instrumental other than Hamish repeating the song's title as he loses himself completely before the song comes to a close against a wall of feedback. The band have been quiet since last year's Desire debut, but if Euphoria 94, a set-closer at the shows we've seen them at, is anything to go by, they've been biding their time for a full-on assault on our senses.