TRACK OF THE DAY 2 : James - All The Colours Of You 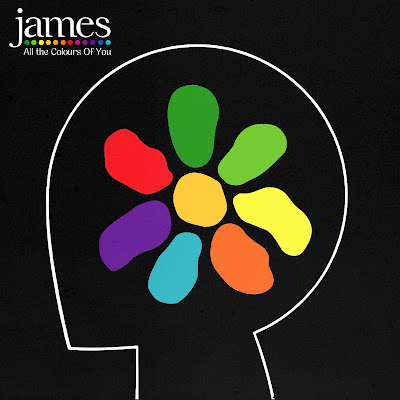 James return with the title track of their forthcoming studio album All The Colours Of You - a topical view of the world written in times of COVID and the white supremacist final days of the Trump administration.

The lyrics lay bare the intense claustrophobia of lockdown life - "Tell me how you’re staying sane, haven’t hugged a human since the end of May, quarantine with you, our world’s a private zoo" - before turning their sights on the outgoing US president and his followers - "President is your man, he's the ku klux klan" - but with a positive slant on the outcome that human nature can still triumph - "The red, the white, black and blue, love all the colours, all the colours of you

All The Colours Of You features eleven tracks - Zero, All The Colours Of You, Recover, Beautiful Beaches, Wherever It Takes Us, Hush, Miss America, If I Knew What I Was Getting Myself Into, Magic Bus, Isabella and XYST.
Talking about the album Tim Booth says “With all the shit that went down in 2020 this was a miraculous conception and another big jump forward for us on the back of the last three albums. I hope it reflects the colours of these crazy times. Sweet 16 is a proper album, no fillers and is up there with our best. With love. Tim."
Bassist and founder member Jim Glennie says “I'm pleased, proud and surprised by this record in equal amounts. Jacknife has pushed us and the songs somewhere new and it's very exciting. After all these years, we are still challenging ourselves and our fans. Enjoy”.

Early writing sessions for the album took place in 2018 and 2019 whilst they were touring their last album Living In Extraordinary Times and the album was completed remotely during lockdown in 2020.