TRACK OF THE DAY : Slyrydes - Boy In The Debs Suit 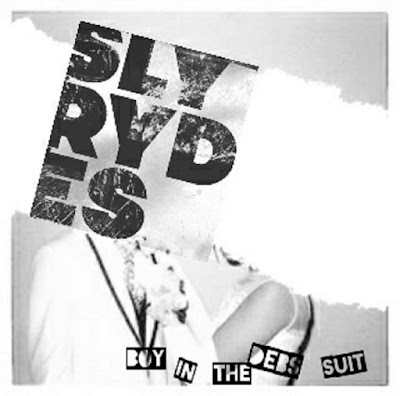 Hailing from Galway the Irish quartet Slyrydes are back with a bang with new single Boy In The Debs Suit, a year after releasing five enthralling singles in the space of the previous twelve months.

Song titles like Mental Health, Point Of View, Out Patience, ‘Dangerous Animals and I Claim To Be Intelligent pretty much sum up what this band are about. They deal with important issues like mental health and the weight of unrealistic expectations placed upon people and what follows as a result of failings in the system leading to everlasting problems that never get solved. Instead people are left screaming into the void yet there’s a sense this band are more equipped than others to tackle this subject.

Mark Raftery (vocals and words), Fuz Reilly (bass), Mark Comer (lead guitar) and Paul Clarke (drums) have been creating a bit of a stir in their homeland and it’s only a matter of time before they spread their wings further and unleash their no holds barred music further afield.

The lead single from their forthcoming album What Happens When You Get Happy?, Boy In The Debs Suit opens with thrashing drums and weighty guitars although it’s not just the music that’s heavy as it’s accompanied by even heavier themes.

The seminal indie punk rockers have developed into a more mature, confident sounding band without losing their edge and vulnerability. They’re a band who have had their own personal struggles and come out the other side maintaining honesty, sincerity and integrity in their music.

The urgency of Comer’s lead guitar and Fuz Reilly’s unbridled, expansive bass mean Slyrydes still possess that raw, cutting edge and Clarke’s booming, pounding drums ensure there’s a sense of dark clouds looming that threaten to smother and engulf you at the earliest opportunity. It feels claustrophobic and uncomfortable. Mark Raftery is in your face and the intensity and emotion of the vocal gets your heart racing. The breathing gets more frantic amidst the chaos and fear. The sense of anger acting as an energy and a catalyst.

“The message on Facebook / if you see my brother won’t you give me a call” is a story way too familiar to many of us. A double edged “We were in the same place” highlighting how you could have been at the same location as the last sighting of that person or that you were in that same position mentally that led to their disappearance. The cry of despair highlighting the anguish, the guilt and the pain. As Raftery shouts and wails there’s a tug on the heartstrings that pokes and prods at your fragile state of mind and demands empathy from the listener and such is the power it is achieved to great effect.

The song closes with the mantra “Can you share this post cause his family are worried". A repeated plea highlighting vicarious emotion and compassion. This is music for the people by the people.

Judging by the killer new single and previous recordings we’ve heard from this band there’s an air of excitement of what’s to come. The new album to be released later this year titled What Happens If You Get Happy? was, typically of the band, recorded and produced against all the odds in 2020 with the hugely respected Dan Doherty at Darklands Dublin. To achieve something so worthy in the face of adversity highlights the strength and resolve of a band destined for bigger and better things in 2021.

Email ThisBlogThis!Share to TwitterShare to FacebookShare to Pinterest
Labels: Slyrydes