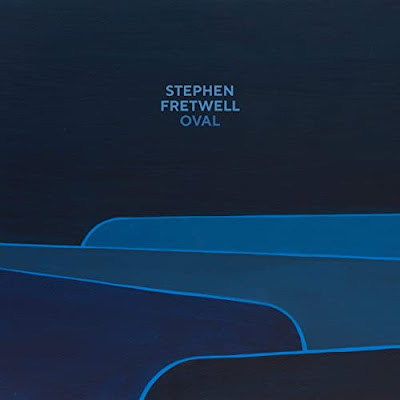 #WheresFretwell became an internet question that noone could answer for a decade as Stephen Fretwell disappeared completely from the music scene after his 2007 album Man On The Roof and his last tour in December 2011. His movements became the stuff of internet conjecture with rumours of forthcoming new music raising hopes that then became nothing. But now, ten years on, he is back, with an album in the pipeline if the latest rumours are to believed, and a beautiful first track called Oval.

Oval kicks off with a soft lilting guitar and Fretwell's unmistakable voice kicks in almost immediately as if he'd never been away, battered, bruised and yet comforting.

Fretwell explains the meaning behind the song - “I think it is a song about marriage, the actuality of it, the responsibility of it, and the gamble. When my girlfriend was pregnant with our first son, we moved to a flat near the Oval in London. As our marriage fell apart a few years ago, it was this simple song that was the only thing I had to stick in the ground and push on with making some new music. I wrote the song about watching my wife look out of the window in that flat in Oval, looking at her new life as a mother, our new life as parents, and I was trying to show that in some way the beauty that we are gifted by becoming parents is often haunted by the loss of something, too."

The single is released by Speedy Wunderground.