TRACK OF THE DAY : Natasha Nicole - Alright In The End 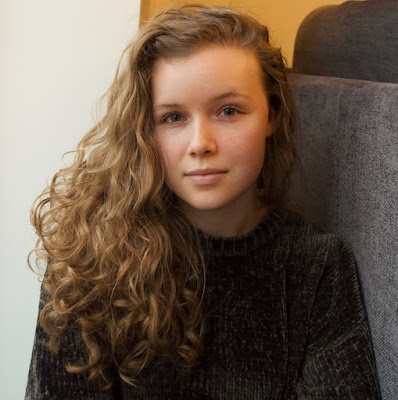 Alright In The End is the debut single from Wolverhampton singer-songwriter Natasha Nicole. A song that helped her to fight her own anxiety meltdowns and panic attacks is turned into comforting advice for anyone else in the same situation.

It's not just the lyrics of Alright In The End that provide comfort - the music is relaxing and warming, subtle and delicate with an intimacy that sets the listener at ease. Natasha's voice has a sense of reassurance as she tells us "it'll be alright in the end" before a gorgeous baritone sax plays in the middle distance.

Natasha explains the long birth period of the track - "I wasn't in the greatest of mindsets, although something in me wanted to find light of the situation. I struggled a lot with panic attacks triggered by anxiety meltdowns; relaxation wasn't my forte. But, despite everything, I managed to capture a voice recording of that chorus line, in an attempt to calm myself down. Two years later, after complete musical dormancy, and a huge loss of confidence post-band break-up, I pick it up and think - wow, I can hear a full-blown song"

Over lockdown Natasha wrote sixteen songs in a three-month period so we can expect to hear plenty more from her in the near future, but for now Alright In The End is an intoxicating and exceptionally promising debut.