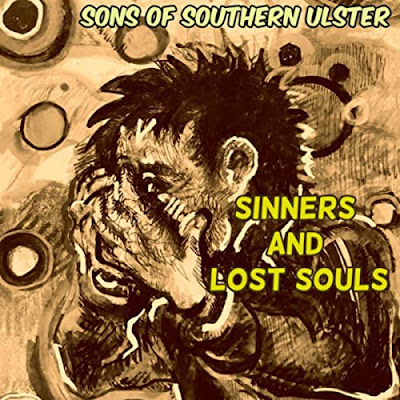 The follow up to 2015’s Foundry Folk Songs, which received affirmative and assured reviews not just locally but internationally too, sees the raucous quartet further elaborate on their debut offering. Eleven songs coming in at just under forty minutes it’s cross between spoken word and post-punk will leave you salivating for more.

Caught inbetween fellow countrymen Whipping Boy and Fontaines D.C. it’s easy to see their influences, and also those that they’ve influenced, as they capture growing up as disaffected youth in a small border town during the grim and dire times of the 70s and 80s. They’re representing their generation but in the current climate they’re appealing to the new generation too. A healthy mix of voices just wanting to be heard.

The striking artwork for the album is courtesy of Danish born Claus Castenskiold who did some of the classic Fall album covers including the iconic Perverted By Language and that’s not where the band’s link to Mark. E Smith and co ends as their sound is not too dissimilar to that of the post-punk idols.

The band come flying out of the traps with a double pronged attack with a lethal left-right combination of songs to kick start this beast of an album leaving you no time to come up for air.

Email ThisBlogThis!Share to TwitterShare to FacebookShare to Pinterest
Labels: Sons Of Southern Ulster