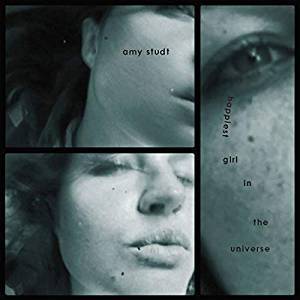 Amy Studt's Happiest Girl In The Universe was a decade in the making, the album a diary of her journey through a life-changing period of time arranged in chronological order, dealing with her bipolar condition, near death experiences and eventually finding love. The songs are disarmingly honest in their portrayal of the many lows she went through, allowing the listener an insight and the ability to connect with her and form an emotional attachment to her struggles in a way few records ever manage to achieve. It's not an easy listen or a record you can dip in and out, but it's an exceptionally rewarding listen and one that gives inspiration to anyone in a dark space not to give in to the demons and to fight them. 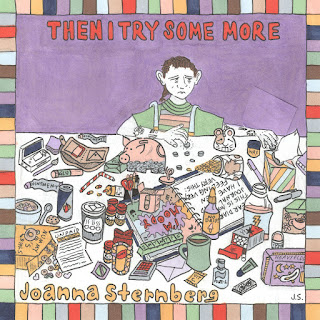 3 : JOANNA STERNBERG - THEN I TRY SOME MORE

Joanna Sternberg bears their soul on Then I Try Some More, a deeply personal record that deals with their struggle to find themselves and their place in the world in a manner that bears their soul, their innermost and darkest thoughts as they fight the demons within their head and heart. It’s an uneasy and unsettling listen, but its braveness and complete openness makes it a completely compelling listen.

Our review concluded "Then I Try Some More is an intensely personal record, built on one person's life experiences and head spinning thoughts and feelings, but one that offers solace, solidarity and, most importantly, hope. It's reaching out to others who don't believe that they belong in a world and feel totally alone and tells them that they are not alone, that the darkest of feelings are natural and shouldn't be locked away until they explode spectacularly. It's a record that will make you cry, but far more importantly than that it might just pull people back from an abyss - and in that moment it transcends music." 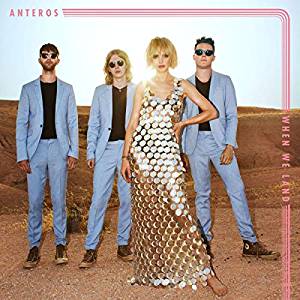 Anteros’ debut album was the indie/pop crossover of the year with eleven fabulously upbeat songs mixing a number of the singles that had made Laura, Josh, Jackson and Harry’s reputation with a set of new songs that they'd performed in their exciting upbeat live shows. With Laura at the helm, confident and assured vocally and a role model for young women both in and out of the industry, When We Land is one of those records you can put on at any time and in any place and it’ll put a smile on your face. 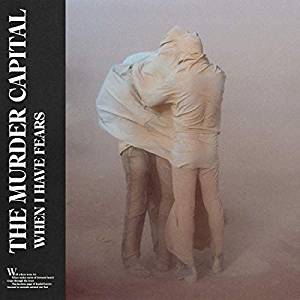 1 : THE MURDER CAPITAL - WHEN I HAVE FEARS

When I Have Fears is not just our favourite album, it’s our favourite of the decade and likely to end up as one of our all-time favourites. It’s an exceptionally brave record, one that deals with the painful question of loss of loved friends to their own demons and how you start to process the reasons behind it and how to find a way to live in the aftermath. It’s an album that demands that you immerse yourself in the emotional turmoil of James McGovern and relate it to your own. It has moments of heartbreaking tenderness (On Twisted Ground, Slow Dance) where everything is laid bare, exposed to the world and others where the adrenaline kicks in and demands that you open yourselves up to the love for your brothers and sisters as a means of saving yourself. The band and producer Flood manage to make the album capture the raw intensity of their live shows in a way other records often fail to. It’s an album that we’ll never tire of listening to or ever want to switch off.

Our review of the album can be found here. We described it as "When I Have Fears is an album that delves right down to the very core of the deepest recesses of the mind, through the words and the voice of one man using it as a way of surviving and maybe eventually at some point coping. It's not the most polished record you will ever hear, far from it, but it's stronger in its message for that reason and you sense it's intentional because life isn't polished, death certainly isn't and the mess that's left behind has no shape or form other than what comes to be.

You sense in the music the way the five of them have become one unit, stronger together than apart, their friendship writ for the rest of us in these ten songs as a lesson. How they follow this, if indeed they do as something so raw and visceral might lead them to burn out, is not for now. When I Have Fears will serve as their legacy in the same way that Keats' original poem has done for two centuries."