TRACK OF THE DAY : Rules - Wendy 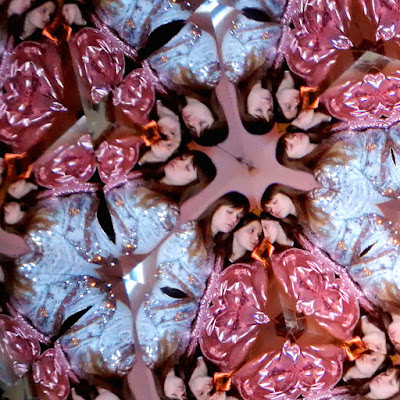 Wendy is the second single to be released by Helsinki duo Rules via the Soliti label. The song forms part of their debut album Rules due for release in August, where all but ones track tell the tales of characters in world literature. Wendy takes up the story of J M Barrie's female protagonist from Peter Pan. It does so with a shining glimmering synth-led track underneath it that feels irresistibly poppy.

Rules explain more about the lyrical ideas that underpin the single - "Wendy finally finds her own voice and asserts a newfound freedom. She sees herself as a product of her own time, but welcomes the change that new generations will bring. In the story Wendy is described as an ideal woman and mother figure from a male point of view. The song is an attempt to give her a voice of her own and to answer to all those expectations that have traditionally been placed on dainty female shoulders."

Rules are Iiti Yli-Harja on lead vocals and synths and Sarra Keppola on synths, guitar and backing vocals The track is the follow-up to their debut single Kafuku's Wife that appeared in March and both songs will feature on their self-titled debut album that is scheduled to be released in August, also via Soliti.

Email ThisBlogThis!Share to TwitterShare to FacebookShare to Pinterest
Labels: Rules