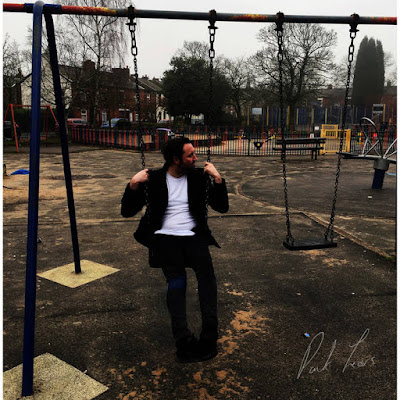 Pink Tears is the debut album from Jamie from Blackley M9 (he has a thing with postcodes) who describes himself as "Goff soul // Pop tart // Laptop // Geetar" in his bio. From the park shot of the album's cover through ten songs, he takes you on a twisting, winding journey through the deepest recesses of his creative mind, moments of dark reflection contrasting with those of shiny pop tones, often next to each other. Out of potential chaos comes surprising beauty.

The email started "I’ve written recorded my debut LP in my garage in Denton, Manchester (m34) with my acoustic n a heap load of knock off plugins.  I thought, or maybe was hopin you would be interested", the dropbox link didn't work first time and yet there was something that drew me to the Pink Tears album. Over several weeks (and plenty of times since), I played it at different times, loving it more with each listen as this most rudimentary of recordings unveiled new subtleties each time. Never judge a book by its cover.

Our review concluded : "Pink Tears is one of those records that surprises at every turn. It could have been an unmitigated disaster, but against the odds of its modest humble birth, it rises up, uses its unpredictability and natural unpolished roughness to make you love it if you like your music to not be shined to within an inch of its life. It's raw and full of imperfections - but that is its charm and if you let your guard down it'll seduce you completely and you'll be wondering just how.

Pink Tears are on Facebook and Instagram.  The album is available digitally from Bandcamp and is on Spotify. 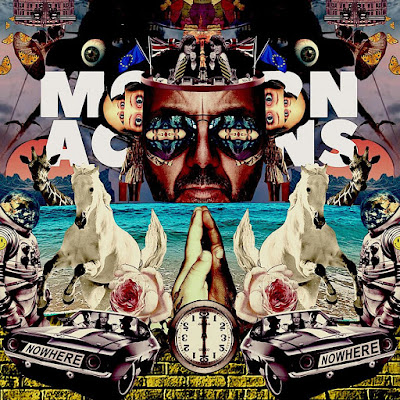 Released on January 1st we'd almost forgotten that Space Monkeys album had come out this year given everything that's (not) happened since the clocks struck midnight on January 1st. Modern Actions is a record that a record that straddles the band's creation in the days following the end of Madchester and the autumn after the summers of love and a fresher modern sound. It's a record that screams peace and love from the rafters, celebrates life and friendship and people coming together - an antithesis to the malignance that's seeping through society.

Our review concluded - "an album that aims to see the positives in life despite all the crap that's going on, to never give up on finding love and your own version of happiness. It's not afraid to reference influences or borrow soundbites or lines from others in context and in doing so it makes Modern Actions an immensely accessible record that will grab you on first listen and hold your attention and reveal more on further listening. It's full of heart, soul and genuine Northern sweat and tears"

The album and associated merchandise can be bought from their store - on vinyl, CD and download 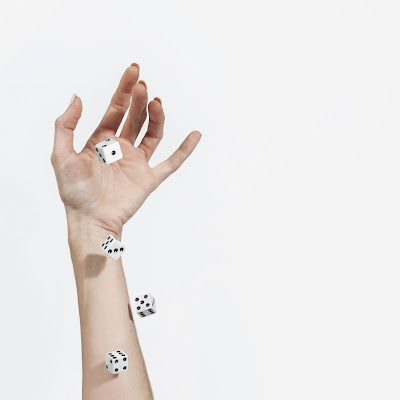 Nicole Atkins' fifth album Italian Ice saw her decamp to Muscle Shoals in Alabama with a crack team of musicians from The Bad Seeds, Midlake and the Dap Kings to create a record that pays homage to the legacy of the music she grew up loving, but one that has her own personality scrawled large across it.
What strikes you as you play through Nicole Atkins' increasingly impressive back catalogue is the versatility of her voice and her refusal to stand still. Where the poppier dancefloor tones of her third album Slow Phaser were replaced by a more stripped down tone on its follow-up Goodnight Rhonda Lee, Italian Ice straddles much of the ground in between the two - soulful with hints of psychedelia, but with the one constant dead centre, Nicole's warm voice that draws you in and puts you at ease across eleven songs that will feel immediately like old friends.

Our review concluded - "Italian Ice is a record that could have been made at any time in the past sixty years. It has so many touchpoints to Nicole's love of classic songwriting. Yet where so many attempts at recreating it are doomed to failure, Italian Ice succeeds through the consistent quality of the songwriting, the mastery of the musicians involved and, above all, through a voice that has absolute control of any emotion it's asked to express and reveals more with each listen as you immerse yourself in it" 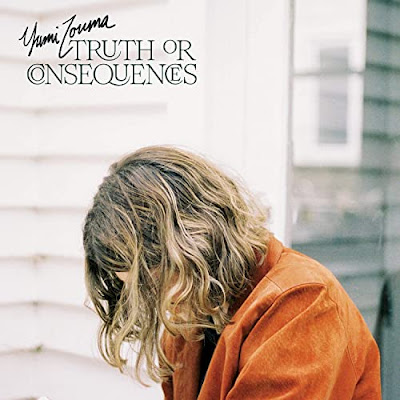 Truth Or Consequences is Yumi Zouma's third album, a record that came to our attention via repetitive Facebook ads. Immediately struck by the melodies of song in question, Lonely After, further investigation unearthed an album full of songs (plus two prior full-length records and three EPs) with similar qualities that felt like a joyful escape from the claustrophobia of the first months of lockdown.

There's a warmth to Christie Simpson's vocals and those melodies, which feel like they've been pored over to make them both perfect yet at the same time seem very simple, that make Truth Or Consequences such a delightful listen. Behind that there's a restlessness to the lyrical content of the song that gives Truth Or Consequences a depth beneath the surface. The band's desire to continue to work on songs saw a second version of the album released later in the year recorded remotely as the band's touring schedule had to be torn up, imaginatively titled Truth Or Consequences - Alternate Versions that provides a different view of one of our favourite random discoveries of the year. 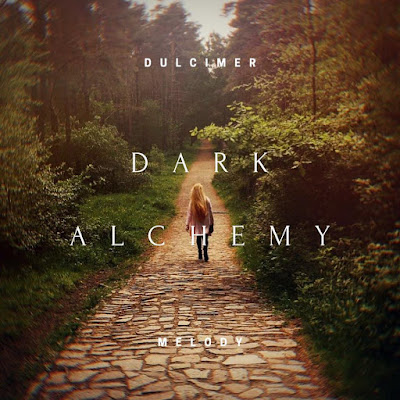 We stumbled across Dulcimer Melody's digital-only self-released debut via an enthusiastic fan post in a Facebook group. We know little about Dulcimer Melody other than she is a North-West based multi-instrumentalist with a love of the harp and who declares on her Facebook that she loves "composing music and using the technology and instruments I have at my disposal to create big orchestral symphonies and ambience in my music. This was a huge undertaking as it took hundreds of hours to record each individual instrument you hear on the album and then produce each piece in a way that it sounded professional" Hit play on Dark Alchemy and it's immediately evident that she's achieved all that and more.

Our review said - "Dark Alchemy is a gem of a record, one that hopefully won't get lost in the crowd, as it deserves so much more than that. It's stamped with its creator's personality who has adopted a very singular approach to its creation - to pour everything into it, body, heart and soul. Often when this level of detail is applied to a record it can stifle it and make it feel clinical, the album is the polar opposite, the subtle details, however small, really bring the album to life. It winds its mazy way through a whole range of styles from classical to electronica and never feels out of place in any of them. The painstaking approach Dulcimer Melody has taken to making Dark Alchemy has paid dividends - it's an exceptional debut record best taken, like all the best albums, as a whole"
Dulcimer Melody is on Facebook.
________________________________