And finally we reveal our five favourite albums of 2020, a strange year in pretty much every respect, but one that still managed to deliver some stunning new music to our ever-growing collections of albums. 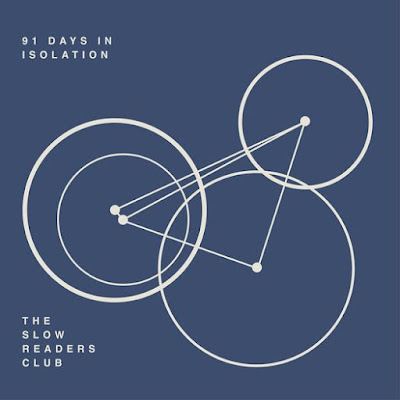 The Slow Readers Club hit the top ten album charts with The Joy Of The Return but their plans to tour it were thrown into disarray by lockdown as they released it. Unperturbed they were one of, if not the first bands, to do lockdown video performances of their songs and then utilised the time to work on new material via Zoom and Whatsapp from home. As soon as lockdown ended and they were able to meet up they went into their old haunt of Edwin Street Studios in Bury and recorded the eight songs that make up 91 Days In Isolation.

These methods of working breathed new life into their creative process and 91 Days In Isolation feels fresh and exciting, capturing songs earlier in their life cycle. Lyrically the chaos of 2020 finds its way into the songs - in particular on second single Two Minutes Hate which rails against polarisation in social media. But across the eight songs The Slow Readers Club feel like a band continuing to challenge themselves, develop their sound whilst retaining the anthemic-like qualities to their music that has won them so many admirers.

Our review concluded "91 Days In Isolation is a real triumph. Far more than being an appendix to The Joy Of The Return, it's a superior record in many ways. It feels like the pressure of writing songs that will get played on daytime radio and Spotify playlists has been lifted and they sound more adventurous and varied across the eight tracks than they have since their truly independent breakthrough album Cavalcade. Isolation might not have been kind financially to them, but creatively it feels like it's fueled a rebirth." 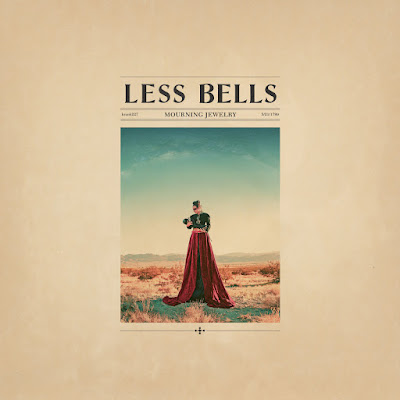 One of our favourite methods of discovering new music is browsing at Piccadilly Records and reading the accompanying descriptions of albums whose covers catch our eye. Less Bells' second album Mourning Jewelry entered our record collection via that method.

Less Bells is an ambient orchestral project created by Julie Carpenter and based in the high desert of Joshua Tree. Wholly instrumental and very different to what we'd usually listen to, the record has been very much a late night album to be played with the lights down. Soothing and sparse yet intricate, it's a record you can equally immerse yourself in as let it wash around and over you.

Blossoms' third album Foolish Loving Spaces became their second number one on release. Their most immediate and accessible record to date, it feels like the sound of a band creating glorious timeless pop music that appeals to music fans of all ages without ever sounding formulaic - the trio of singles If You Think This Is Real Life, The Keeper and Your Girlfriend each are unmistakably Blossoms but yet come at you from different angles.

The album might only last thirty-five minutes, but it's all it needs to seduce and charm and not outstay its welcome. The magical thing about it is that it feels like the perfect natural progression of Blossoms as a band - the line still visible from their early days opening up bills around the Northern Quarter to the Arena round the corner.

Our review of their live performance of the album at their hometown Stockport Plaza back in February captures why we love this album so much - "Playing the album live in order highlights that it is Blossoms' strongest piece of work to date. Songs like My Swimming Brain, Oh No (I Think I'm In Love) and Falling For Someone have the simplest of hook lines that you simply can't avoid even though they're right there in front of you telling you they're going to attach themselves to your brain and not let go. " 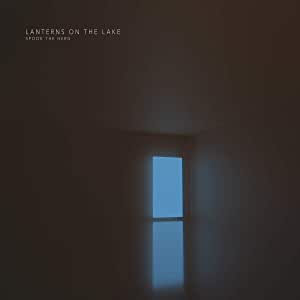 2. LANTERNS ON THE LAKE - SPOOK THE HERD

The choice between the top two albums was one of the hardest for years. Lanterns On The Lake's Mercury-nominated Spook The Herd was a fulfilment of all the spectacular promise and sonic ambition the band had demonstrated over their previous three studio albums. Listening to the songs now, they seem very prescient of what was to come in 2020 - the continued breakdown of communication that social media has accelerated, the lack of empathy shown to those less fortunate and experiencing mental health issues - but with a sense of positivity that there is light at the end of the tunnel.

Our review concluded : "If that were to be Lanterns On The Lake signing off one last time, and A Fitting Ending doesn't tell us what the ending is to, it would be just that. Spook The Herd captures every single aspect of Lanterns On The Lake that makes a music lover's heart beat a little bit faster and distills it into nine songs and forty minutes. It adopts the approach that less is more, the depth and beauty of the record is in the way everything is allowed to breathe, blossom and infiltrate the consciousness of the listener, yet the subtleties mean it reveals more on each listen. It's an album to immerse yourself in with the lights dimmed, the outside world shut out, it implores you not to give in, to keep fighting and surround yourself with those that think the same way and maybe, just maybe, we can save each other."

We interviewed Hazel from Lanterns On The Lake back in February. 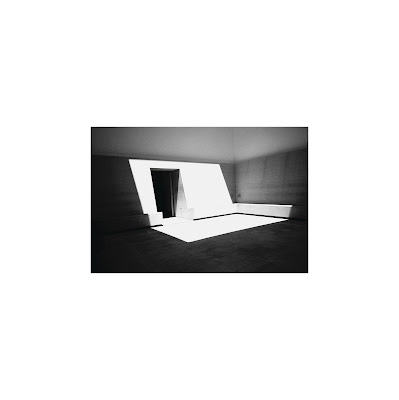 The reason we set up this blog was primarily to champion new music and that philosophy has been no more successful than it has been with Ist Ist. From their first ever coverage when their newly-uploaded first tracks on Soundcloud interrupted cooking tea when they came up on random, via their first gigs to shows at most of Manchester's legendary venues and further afield in London, Edinburgh, Berlin and Porto, we've followed the band's progress, helped with the field recording of live releases and watched them grow and grow.

It was with a sense of pride that we saw Architecture released in May and hit number 3 in the indie album chart, number 4 in the vinyl charts and 5 in the physical album charts despite being totally self-released. They'd already more than a debut album's worth of material released across their Spinning Room and Everything Is Different Now EPs, one-off singles and a dozen or so songs that didn't meet their high standards and never got laid down on vinyl despite being crowd favourites. But Architecture was a step forward, a collection of songs that cast off idle comparisons and took the listener on an evolving journey through the four-piece's creative thought-processes accompanied by a series of videos for each track.

Our review of the album concluded : "Architecture is an imposing debut, a snapshot in the evolution of a band that's refused to stand still in the five years since they burst onto the scene with a set of songs that are a million miles away from where they are now. Ploughing their own furrow, refusing to compromise and play the shallow games of the industry, they've built their own unmistakeable identity and ethos and funded the recording and manufacture of this album from their own endeavours without short cuts or corners removed. Like most great records their influences form only the shadiest of outlines for Architecture, the skin and bones are very much their own flesh, blood, sweat and toil. It's a record to immerse yourself in, tell your friends about and revel as they fall under its spell now and in years to come."

Ist Ist are on Facebook and Twitter. The white vinyl repress of the album and CD and DVD versions are available from their shop as well as their Live From The Attic vinyl / DVD / CD live performance of the show. Digital versions of their previous limited edition releases and a number of live field recordings are available to download from their Bandcamp.