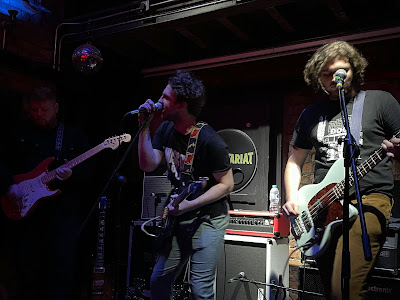 Proletariat made their long-awaited return to the live stage after three years away with an invite-only intimate show at the Eagle Inn in Salford. Cheered on by a partisan crowd they revealed their new line-up to an audience for the first time as well as some exciting new material and reinvigorated old favourites. Support came from poet Leon The Pig Farmer.

Leon is an angry man. With good cause. Whether it be the appalling treatment of ex-servicemen, something he knows from personal experience, the post-traumatic stress of being in war zones and watching people die, the gentrification of areas of Manchester whilst others live in doorways or the political classes of the country being out of touch with the working ones, he has words of venom to direct at them with an articulate quick-fire style that it's hard to argue against. He does show a lighter side on Flight Twat where he recalls everyone at the airport who makes that journey such a horrendous experience. He goes down a storm with the packed crowd. 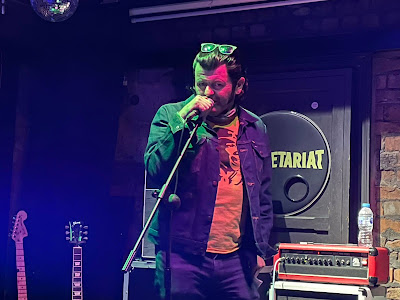 Proletariat mean business right from the off. Their shows were always loud and raucous, but there feels like a focus to them now that comes with realising there's more to success than selling out shows to your mates in your home town. Their wider vision and ambition is apparent in the way they've taken their older songs and turned them into something more potent and powerful and with more than enough variation in their approach to avoid the pitfalls of many of their contemporaries of having too many songs that sound too familiar. There's clearly a lot of thought gone into this without it ever feeling calculated - James' energy and unshakeable belief has transmitted to his band and it shows.

Many of the old favourites remain in the set - singles Derogatory, Mr Brown and Nervous Energy are still present and correct but they buzz off the excitement of the newer material around them, having to keep up to stay in the game. This year's singles Go Ahead, which opens the set, Take My Hand And Run and set-closer You're Free (To Be As We Are) are an impressive return, but they need to be witnessed in the same room as them to get the full Proletariat effect. 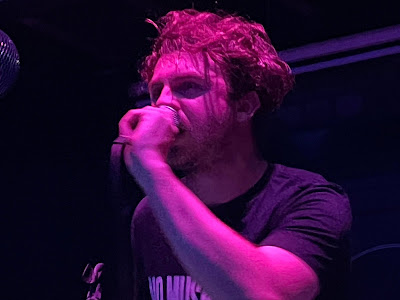 Moreover, The Modern Age is stripped down to a spoken word interlude that works brilliantly mid-set and Kiss Of Death sees James ditch the guitar four songs in to allow him to throw himself more into the song. It's two new songs being played to an audience for the first time though that really stand out. Losing Control (Is A Beautiful Thing) shows that Proletariat are not just all about adrenaline-fueled rock and roll, it shows an impressive control of pace and volume, building, brooding like an epic that's destined to finish off their shows in the future especially when they let loose at the end whilst Don't Turn Out The Lights marks a real progression in their songwriting without losing the core of what they're about.

With a sold-out Deaf Institute show and a prestigious support with Ist Ist on the horizon, 2021 is about making their comeback known, reminding people of their existence and the slow reveal of a band that knows what they're about and what they want. An impressive return.