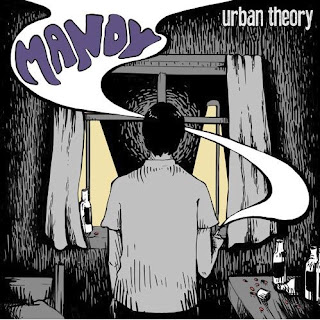 Mandy is the latest single from Bury's Urban Theory. Already a live favourite, Mandy sees them take the foot off the accelerator from their previous singles, like the comedown from the excesses of the night before of Weekend Offender and Fishbowls And Headf**kers.

Alex told us about the song recently : "The song symbolises depression and also highs, as well as ways of escaping the normality of life for all kinds of people. This is because the song relates to medication of a sort no matter if it's recreational or prescribed. People see this way of life using substances as a way of overcoming things that get thrown at you. To be honest the song is hard to explain, however it relates to everyone in some way, depending on the way you understand the lyrics as there are so many hidden meanings."

"Mandy was also one of the first songs we wrote as a band, so we always wanted it to be special. Mandy is a one off, it was a song people had been talking about mostly after our gigs, so sometimes in music you have to listen to the most important people, the fans."

Urban Theory are on Facebook and Twitter. We interviewed them ahead of their recent performance at Head For The Hills festival here.