TRACK OF THE DAY : Pixie Cut Rhythm Orchestra - I Didn't Love You When I Said I Did And I Don't Now 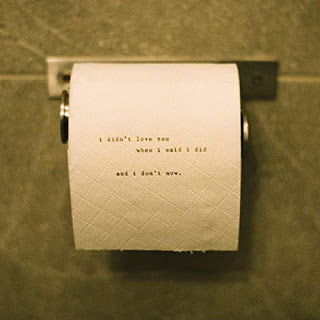 I didn't love you when I said I did and I don't now is the magnificently-titled third single from Dublin's Pixie Cut Rhythm Orchestra. Released, somewhat (in)appropriately on Valentine's Day, the track sets its sight on the futility of trying to build relationships that are doomed to fail with a caustic and critical commentary.

As well as relationships, the track deals in trying to find yourself and who you are in the strange world in which we live - "27 and still living in your mother's house... thought at 22 I'd be able to figure shit out" - and it's delivered with a disarming simplicity and clarity that makes it both accessible and relatable despite the personal subject matter given such uncertainties plague most of us as we continue to discover about ourselves. It's accompanied by a lyric video where the words are being typed and hung onto a washing line - which adds to that feeling of sharing an inner monologue.