TRACK OF THE DAY : Rory Wynne - Make You Mine 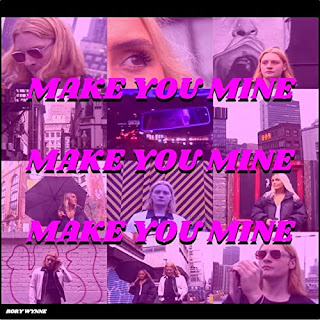 Rory Wynne returns with his first single in almost a year with Make You Mine released via Blossoms' Very Clever Records label. Less guitar-heavy than his previous work, the single still possesses his now unmistakable voice and a refreshed confidence and immediacy in its soaring hooklines.

Rory explains the ambitious aims he had for Make You Mine and how successful he feels the song is - “When I moved to the centre of Manchester I wanted to make a new song with a huge fresh sound. It’s one of my favourites I’ve written, I think it has everything: big hooks, catchy melodies, even Michael Jackson/Quincy Jones-esque percussion and horns. The perfect tune to mark a new chapter. With some songs everything comes to you at once and that happened with this one - it isn’t as autobiographical as my past singles. I was picturing it as more of a coming-of-age movie lyrically.”

The track builds on Rory's storytelling ability as a lyricist to paint the picture of getting closer to someone he's seen on the street and thought about incessantly before building up the courage to talk to her and falling in love. It's accompanied by a lo-fi lockdown video filmed around the centre of Manchester that perfectly captures the story of the song.