TRACK OF THE DAY : The Shop Window - Out Of Reach 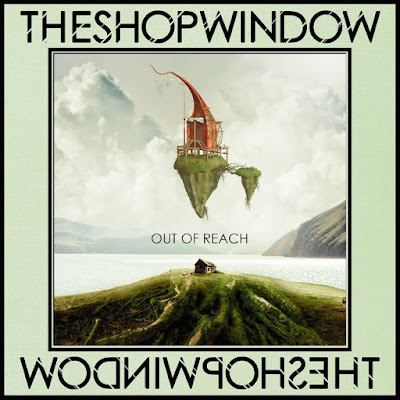 Out Of Reach is the sixth single from Maidstone band The Shop Window, a track that captures the uncertainty of the times we're living in, locked in our homes and wondering what the hell is going on. Set to an addictive and catchy guitar hook that drives the song along and vocals that possess a comforting warmth and understanding to them, Out Of Reach has a genuine timeless feel to it.

The Shop Window released their debut single Signpost in December 2019 and followed it up with four during 2020 - Mannequin Lies, Reflection, Evacuate (which is paired on a limited 7" with Out Of Reach) and Sad Eyes - building an on-line fanbase beyond their native Kent in the absence of gigs. Fronted by Carl Mann, reunited with his early 2000's Westpier bandmate Simon Syd Oxlee on keys, The Shop Window also feature Martin Corder on bass and Phil Elphee on drums,

They describe Out Of Reach - “What a year 2020 was. Nature pushed the pause button on our million-mile-an-hour lives. Out Of Reach is about those moments when you’re trapped in a bubble, lying in bed staring at the ceiling trying to figure out what you really want, whilst the real world rumbles along somewhere outside. It’s that epiphany moment; stepping back from the great chase and realising that everything we really need we may already have”

The Out Of Reach / Evacuate 7", as well as digital versions of all their singles, are available from their Bandcamp.

Email ThisBlogThis!Share to TwitterShare to FacebookShare to Pinterest
Labels: The Shop Window