talker - In Awe Of Insignificance EP 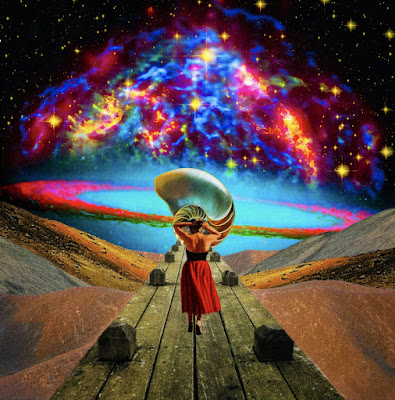 In Awe Of Insignificance, talker's third EP, is more a mini-album than an EP as the Los Angeles-based artist spreads her wings and delivers a series of songs that deal with the pressures of modern day living and its impact on mental health. Raw and revelatory in lyrical content, it explores a number of musical styles from the dancefloor to a simpler stripped down approach.

In Awe Of Insignificance opens with Sad Chick, the first song talker released from the EP, a song about trying to live up to expectations when the reality is something quite different - the line "you think I'm a bad bitch.... don't want to admit it, baby I'm a sad chick" capturing the insecurities that people face today of trying to be something that you don't want to be or feel like being and the toil that takes on people's mental health.
Don't Want You To Love Me was also released as a teaser for the EP. Similarly upbeat musically, gloriously uplifting, it takes a different path lyrically inspired by the unfortunately all-too-familiar feeling of someone not feeling the same way as you do about them. Across the whole of In Awe Of Insignificance it's a contrast that talker works exceptionally well, forcing you to delve a little deeper into the songs to really understand them.
IRL might not be as immediate as the two singles that precede it, but continues on the theme of self-exploration asking the question "are we living in a circle, thinking we're seeing straight?" as talker's voice and words of self-exploration are wrapped around uplifting synths. Summerlin is another track released prior to the EP, written a few days after a breakup where she ended up in her ex's hometown and the fragility and vulnerability that brings is very much evident in the opening verse of the song as talker tells us "it's never been this cold this time of year" using the weather as a metaphor for the emotional pain that accompanies such events. It's stripped down to a repeated hook line musically for most of the song and that further draws you into the subject, something that talker manages to do consistently across these eight tracks. Whilst the stories in these songs may be personal, they're certainly relatable.
For The Sake Of It turns the pace up again, a quickfire story told over a tight electronic beat that makes the words feel even more claustrophobic and impactful before the song blossoms and grows wings, the pace picked up and it feels like a session on the therapist's couch. Little Bird again strips it back allowing the depth and warmth in talker's voice to come to the fore along with some beautiful harmonies

My Meds completes In Awe Of Insignificance, a song that talker explains is "about losing yourself in the process of trying to get better" Opening up with the line "I take my meds in the morning" it's a painfully honest exploration of the impact of mental health on the mind's thought processes - "I'm alive but I can't find a feeling, tell me what's better, silence or screaming?" - that's delivered with a vocal that's disarmingly raw and discomforting.
In Awe Of Insignificance is an exceptionally strong body of work from an artist who's been ploughing her own furrow for a number of years without the exalted praise at home and from across the Atlantic that many of her contemporaries have received. Sung from her own perspective, there's plenty here that people of all ages and genders will be able to relate to and that makes it worth your time and further investigation.
talker's website can be found here and she is on Facebook and Twitter.