TRACK OF THE DAY : LIINES - On And On 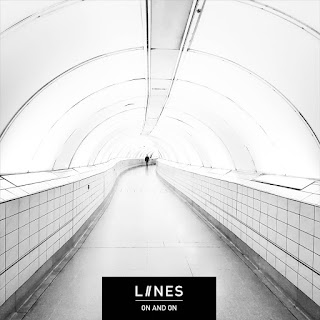 On And On is already a live favourite for LIINES and regularly opens their set. This Friday they release it as the first new material since their debut album Stop / Start that came out just over a year ago. It keeps the same targeted anger and rawness as the album, but feels like they're moving their sound forward with their revised line-up and the confidence that comes with the big shows they've just done supporting Sleaford Mods.

As a sign of their growing, and well-deserved, reputation the single was premiered by Chris Hawkins on 6 Music and has also been featured on Radio X ahead of its release.

It's the band's first release with bassist Tamsin Middleton who joined the band just as they finished recording Stop / Start and is a tantalising taster for what they've been writing over the last twelve months, with new material appearing in their sets with Sleaford Mods and more hopefully to be revealed in their own forthcoming headline shows.

The single will be available to purchase from their Bandcamp.