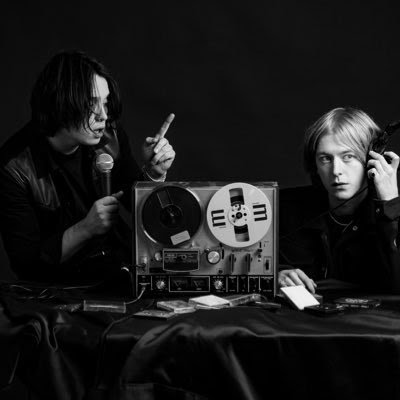 Cold is the debut single from Balancing Act, a duo featuring Kai Roberts, formerly front man of Carnival Club, and Jackson Couzens of Anteros. Now relocated to London from Manchester where they met, they've got together to produce this first single with the promise of more to come.
Described as "blending ethereal guitars with synth bass and breakbeats" the song stands as a fusion between Kai and Jackson's previous bands with a big chorus that leaps out of the half-spoken half-sung verses before the breakdown takes the song off in a different direction with a contagious hook line that you'll find yourself stuck with in your head. It's an extremely promising debut from the pair.
Balancing Act are on Twitter and Instagram
________________________________
Follow Even The Stars on Twitter at @eventhestarsuk and like our Facebook page for all the latest updates
Posted by Even The Stars at 00:00