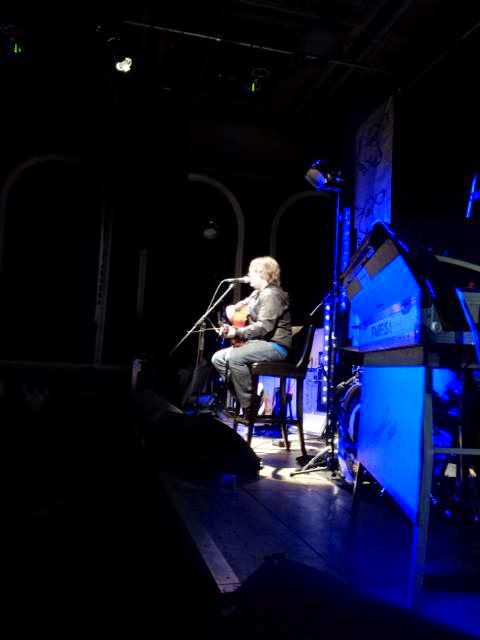 We missed the start of Danny Mahon's set supporting Inspiral Carpets last week, but our good friend Stuart Ralston had made the trip down and caught the whole set.  He's impressed by Danny's lyricism and tales of his home town.


A wet February afternoon in Edinburgh. One of Manchester's favourite sons plays to a disinterested crowd who'd rather listen to crappy cover versions than his razor sharp lyrics. I vow to return to see him again on home turf where I know from friends that his Manchester gigs are packed with fans and he gets the respect he deserves. Tonight's audience listen, and lap up his 30 minute set playing to a sold out crowd prior to headliners Inspiral Carpets.

Strumming his acoustic guitar purchased only 2 hours ago, Mahon plays an impressive set. He is quite possibly one of the greatest lyricists to come out of Manchester since Stephen Patrick Morrissey.

"You don't like how I look and you can't stand the way I sing. You say my lyrics are absurd and I'll never be anything" sings Danny on Punch Your Face In, demonstrating his disgust at the music industry.

Preferring to do things his way, he has built up a dedicated and loyal following in and around Manchester. He has at least two albums worth of material ready and tonight we are treated to a selection of his finest songs.

Whilst he name checks Manchester in his lyrics, his songs deserve to be heard and appreciated by a wider audience. He clearly loves his city, but rather than romanticising about it, he is loathing of some elements of it too, no more so than on the tale of the drug dealer on Twat.

A lover, a poet, a proud Manc and an eternal optimist - "please hold on to all your dreams... you'll make it in the end" he sings on set closer Four Walls.

Danny Mahon is a rare talent. Check him out.