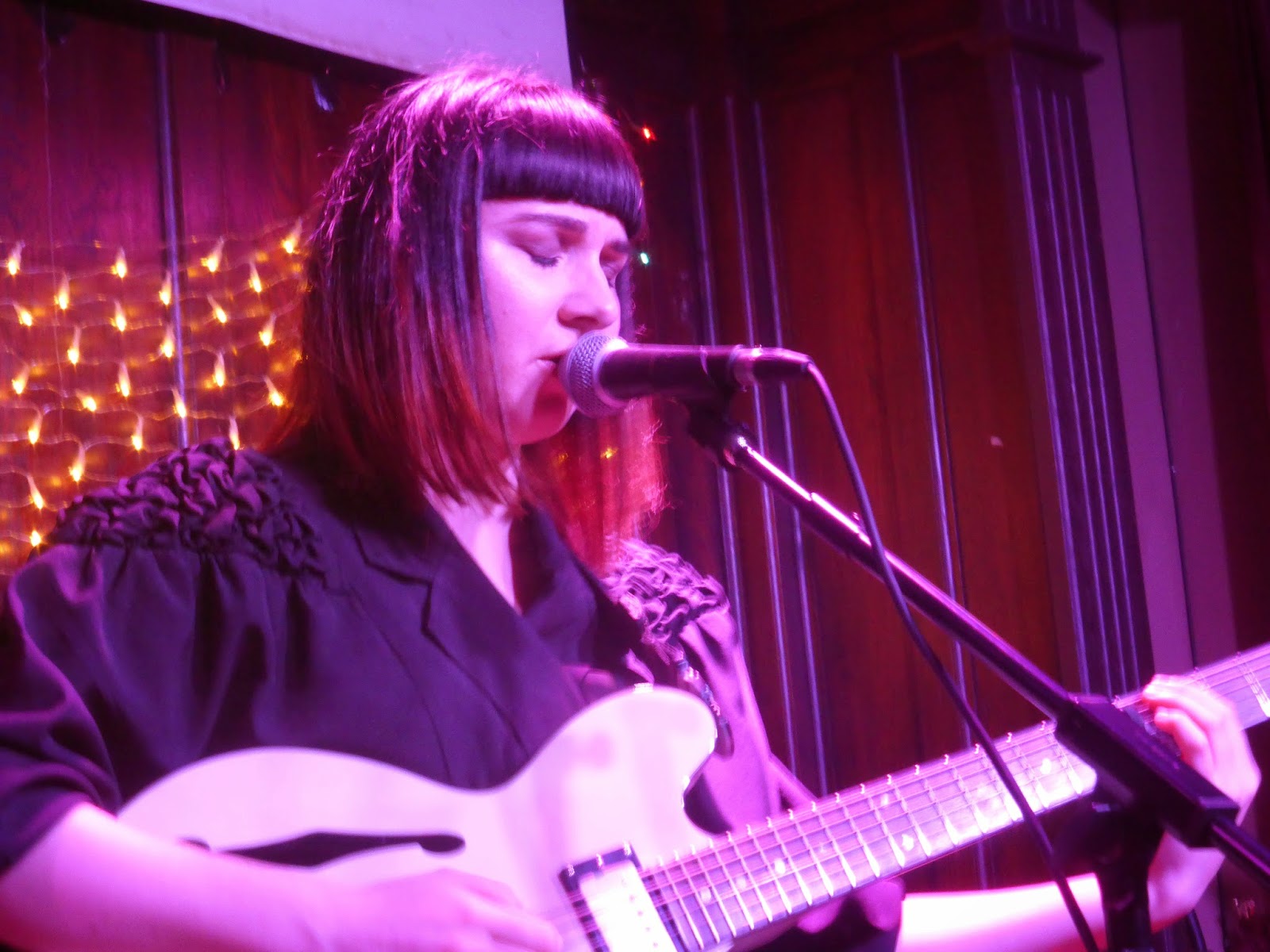 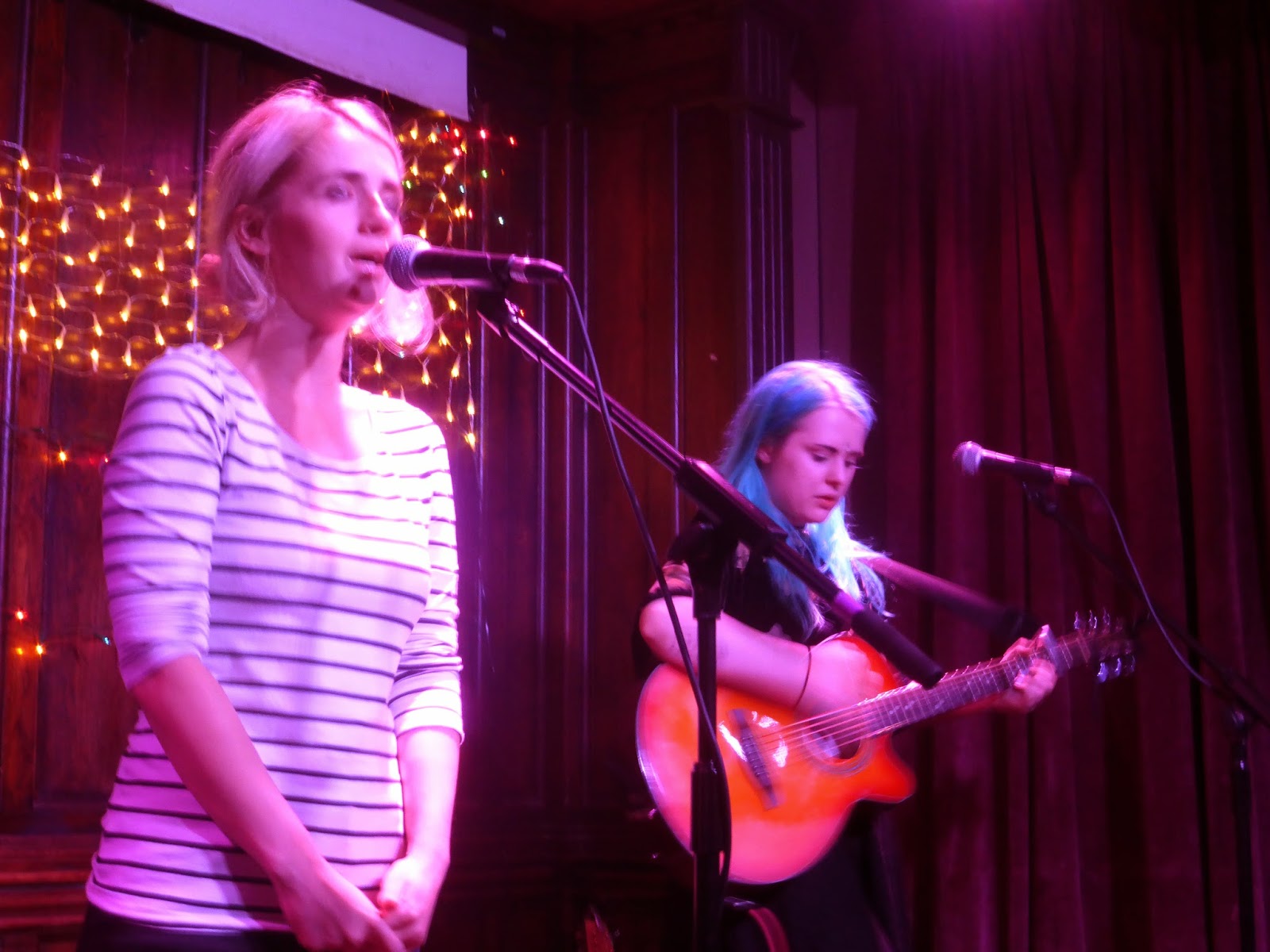 A sweltering Tuesday night in Manchester saw The Castle playing host to two great acts on a double headliner bill.   Natalie McCool was launching her new single and Literature Thieves were playing their first gig since recording their debut album.

Natalie McCool has been around for almost four years now, releasing her debut album last year following a stream of excellent EPs.  She's seen the likes of Anna Calvi and Cate Le Bon claim the crown for female-led guitar music, but it's difficult to work out why she hasn't gained that level of success for herself.

Tonight she's playing solo and she laughs off nerves of playing new songs without her band.  She starts with a great cover of Billy Fury's Wondrous Place before sharing a mix of songs from her debut album, 2012 single Fortune, the new single Wind Blows Harder and a great new song, possibly her next single, called Dig It Out.  The latter two songs are showing a huge step from the album, which will hopefully open up doors to get her the acclaim thrown at her contemporaries.

She engages with her audience, gushing enthusiastically about heroes Johnny Marr and Bernard Butler (who has personally requested her to play with him at his Liverpool gig later in the year), explaining the stories behind some of her songs and the video for Wind Blows Harder, betraying a little nervousness playing a gig without her band.  There's no need though as she's mastered using just her electric guitar and range of voice to grab the listener by the throat and not let go.

Literature Thieves are a bit of an enigma.  They've gained a bit of a reputation for doing shows drunk, usually because they tell people, but it actually adds to their charm that they're not perfectly rehearsed, forget lyrics to songs (and even forget to play a chorus in the middle of a song tonight) and actually look like they're having a great time because there was a danger early in their career that they'd be tagged as twee and quaint.

They're a bit more stripped back tonight, with Amy playing guitar on most of the set and Carrie and Angela joining in on vocals, with Cassie taking on guitar and Amy mandolin for the last couple of songs.  It's going to be interesting to see what they sound like when they "go electric" when the album comes out later in the year (with Sophie from PINS playing drums).

The new songs from the album they've just recorded for release later in the year have a darker edge to them than their earlier material, the subject matter tending to be rubbish men and whiskey and this is a good thing.  Emperor and Harmful Lover are two of the highlights.  They utilise the vocal talents of all three members of the band across the eight songs they play.  Whilst Angela and Carrie have sweet angelic, more traditional voices, Amy's rasping vocal style, which might not appeal to all, adds to that slightly sinister undertone of their newer material.   They've also revamped Pears In The Orchard off their debut EP and made it rougher round the edges.