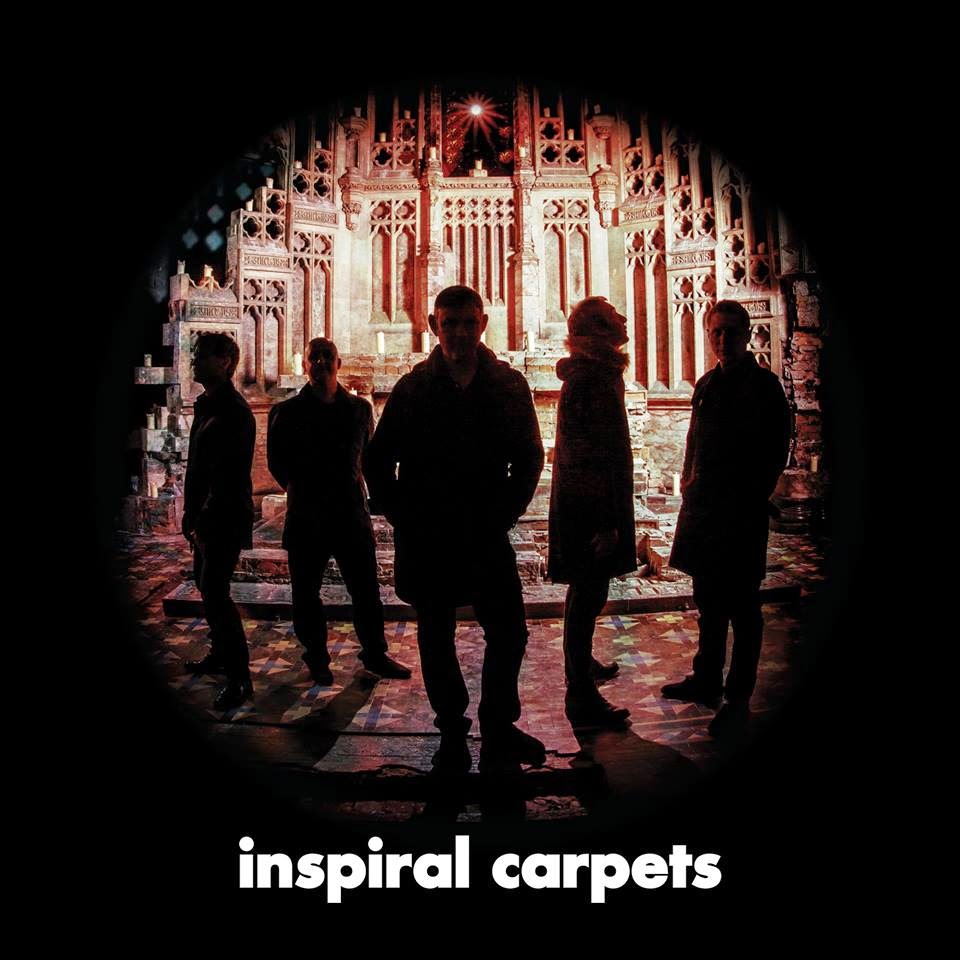 Inspiral Carpets have announced details of their forthcoming self-titled debut album, their first since reforming with original vocalist Stephen Holt and featuring John Cooper Clarke on one track.

The album features 12 tracks including 2012 Record Day store single You're So Good For Me and forthcoming single Spitfire alongside Let You Down, which features vocals from Salford bard John Cooper Clarke.  It is released on September 29th on Cherry Red Records on vinyl, CD and download.

The full track listing is Monochrome, Spitfire, You're So Good For Me, A To Z Of My Heart, Calling Out To You, Flying Like A Bird, Changes, Hey Now, Our Time, Forever Here, Let You Down and Human Shield.

Not included are the 2013 Record Store Day single Fix Your Smile and its b-side Save Me as well as Reason Why, which was previewed on their 2012 tour dates.

The Inspirals recently played the Isle Of Wight Festival as well as the Band On The Wall in Manchester, which we reviewed, as well as Buckley Tivoli and Oxford Academy where they previewed Spitfire, Changes and Calling Out Your Name.

Their self-titled album is out in September and they have a full UK tour planned for later in the year.  They also play Bedford Corn Exchange (11th July), Frome Cheese And Grain (12th July), T In The Park (13th July) and Scunthorpe Cafe Independence (19th September) as well as a few European dates.