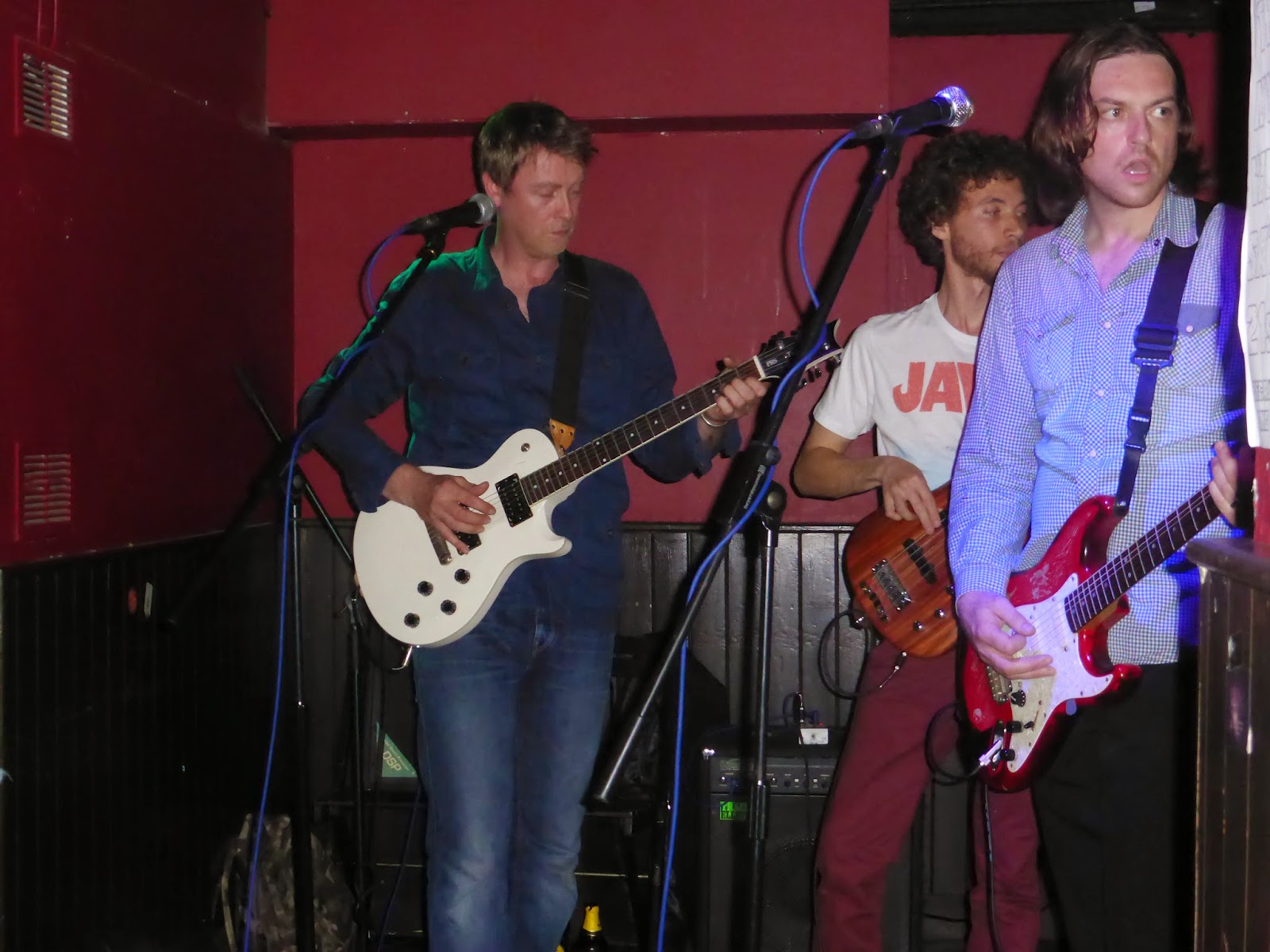 My Igloo are a new band born partly out of the break-up of Manchester favourites Frazer King.  They've been together six months. This is their second gig.  They're rather good.  Even The Stars went to Manchester basement bar Retro to see them.
There's a unique mix of sounds going on with My Igloo, sort of a Chic meets New Fast Automatic Daffodils vibe.  As you can tell by that frankly bizarre comparison, it's difficult to quite put your finger on it.  But what it is, when you stand back and listen to them, is a band that's found their identity very early in their life as a band and it sounds brilliant.

Live, they already have gelled as a band, interchanging vocals between guitarists Tony and Ben and keyboard player Andy with consummate ease and without losing cohesion or quality.  They play the three songs they've already previewed on Soundcloud as well as three others.  There's plenty of diversity in the sound, the constant is a groove and rhythm, that feels perfectly natural and unforced, but at the same time already extremely tight, that sort of chemistry that bodes well for the future.

They play the Night And Day in Manchester on 26th June.